Millions facing restrictions during the pandemic are encountering stories of faith online since The Answered Prayer Challenge – an initiative of Eternal Wall of Answered Prayer and Premier – launched successfully on 25thJanuary.

Posts containing #answeredprayerchallenge and #makehopevisible spread in viral style across the globe with 1.3 million people engaging in the first 24 hours of the campaign. By day 5, encouraging stories of answered prayer had landed in the social media feeds of 2 million people around the world, reaching 3 million at the halfway point of the campaign.

“An estimated 3 million people have watched an answered prayer on their phone already, which is simply incredible. We just want to keep this momentum going, being able to encourage people during this difficult time – shining a ray of hope into people’s lives wherever they are.”

CEO of The Evangelical Alliance, Gavin Calver said he was delighted to take part on a Twitter post:

“The prayer that was answered most powerfully that I can remember, was as a nine-year-old boy at Spring Harvest in Ishmael’s Glorie Company. We were sat around and there was some teaching on prayer. They said if there is anyone in your circle who wants to pray for healing, then do that. Immediately, my friend James ripped off his sock and said: ‘I want healing for my verruca to go.’ I remember thinking that I didn’t want to put my hand on his foot!

Nonetheless, we prayed and as a nine-year-old, believing that the Lord can do anything, I prayed that Jesus would take his verruca away. When I opened my eyes, I could not believe what I saw, as the verruca had disappeared. James foot no longer had the verruca on it….and the faith that has grown from that encounter has led to me, as a young man and now as an adult, praying for all kinds of things, because I believe that God can change stuff…”

“We want to gather even more answered prayers from Christians across the world, to demonstrate that Jesus is alive and relevant today as he ever was and is still moving amongst us. We can’t wait to hear your story and make hope visible.”

Gamble hopes more individuals whose faith has been lifted during lockdown will still contribute. He is encouraging selfie-style videos in landscape format to be uploaded to Facebook, Instagram and Twitter naming @eternalwalluk with the #answeredprayerchallenge tag. Contributors are then asked to nominate three friends to do the same. 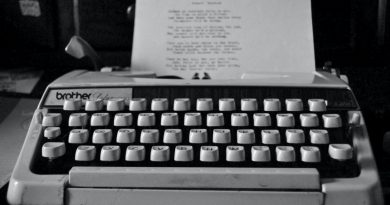