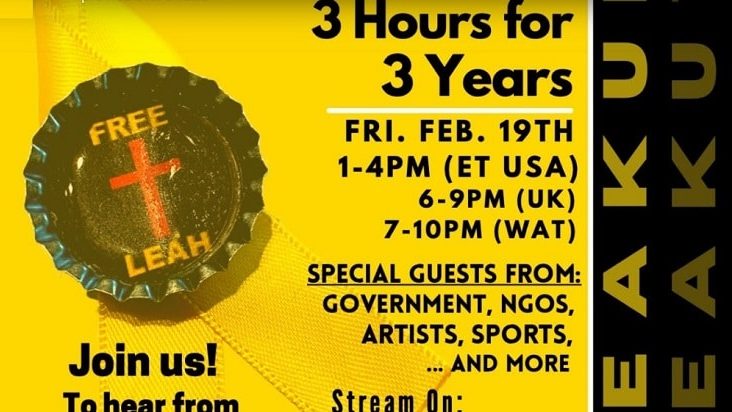 Today marks three years under the brutal captivity of Boko Haram for the suffering Leah Sharibu, whose fates sheds light on the deteriorating political situation in Nigeria.

Miss Sharibu, 17, was taken hostage in Dapchi, Yobe State along with 109 other girls, on 19 February 2018, aged fourteen at the time. She remains the only girl yet to be reunited with her family.

Leah is just one of thousands of women and children who have been abducted, killed, injured and sexually assaulted due to increasing violence across the country.

Nigeria records more than 1000 kidnapping incidents per year, and there are undoubtedly many that go unreported.

Three years on from Leah’s abduction, the northern regions of Nigeria face daily devastation at the hands of the Boko Haram and Islamic State West Africa (ISWAP) terror groups, leading the ICC to pass a critical judgment on Nigeria in its preliminary investigation.

Recent ICON evidence suggests 100,000 Nigerians have been killed by Islamic State, Boko Haram or militant Fulani herdsmen since the year 2000, with all three groups heavily controlling and devastating swathes of the north east and Middle Belt of the country.

In recent years it has shot up, overtaking the infamous killing fields of Iraq (eleventh), Syria (twelfth), Saudi Arabia (fourteenth) and Egypt (sixteenth), where Christians are ritually slaughtered, and oppressive totalitarian regimes such as China (seventeenth), Turkey (twenty-fifth) and Qatar (twenty-ninth), where Christians are kept under strict surveillance, and even tortured by their own government.

According to Open Doors, more Christians are murdered for their faith in Nigeria than any other country.

To ensure Leah and the thousands of other missing girls are not forgotten, and to pressurise the UK and Nigerian governments to bring her back, the human rights NGO PSJ UK is hosting an online commemoration event today, Friday 19 February 2021.

Ayo Adedoyin, the Chief Executive of PSJ UK, demanded more effort from the UK Government to stand up for Leah:

“When she was just fourteen years old, Leah Sharibu was abducted by Africa’s deadliest terrorist group, Boko Haram. Leah is one of Nigeria’s ‘luckier’ victims, by virtue of the mere fact that she is still alive, and in May this year she will become an adult.

“For girls her age around the world, this time in life means a discovery of self, a stable relationship or engagement perhaps, starting out in a vocation or maybe university. It could mean a part-time job with ample space to realise their interests, hobbies and deepen their friendships. Not so for the hundreds or thousands of innocent young women held captive across Nigeria by brutal terrorist gangs, with no signs of their whereabouts for their families to digest, and no sign of their lengthy ordeals coming to an end.

“Leah has been held captive for three years. That’s a long time in a young woman’s life – she could have completed an undergraduate degree, got married and had her first two children, or travelled the world. Instead she’s spent the equivalent 78 two-week Covid quarantines, or nine four-month lockdowns, in the hands of terrorists.

“If the UK fails to stand up for its values of religious freedom, peace and institutional justice on the world stage, no one will. As the head of PSJ UK, an NGO rallying the attempt to bring Leah Sharibu home, I urge you to #SpeakUpForLeah on social media and in your circles, breaking the silent slaughter keeping thousands of vulnerable women and girls in chains.

“Incremental pressure from the UK Government could influence President Buhari to do more. The fight for Leah is a fight for our free and peaceful civilization, nothing less.”

In 2020, the UK Government revealed it will sanction high-profile individuals with a track record of human rights abuses around the world, a measure strongly supported by PSJ UK. A resurgent ISIS and negligent leaders in West Africa have left Commonwealth countries such as Nigeria dangerously exposed to terrorism and exploitation.

Already impacting some Saudis and Russians, the sanctions regime started this summer. It aims to deter officials from committing serious human rights violations and hold those that do accountable.

While a ComRes poll found international groups such as the UN and the Nigerian government are the bodies seen as most likely to speak out (49 per cent each) and take action (44 per cent and 51 per cent, respectively) against growing violence towards Christians in Nigeria, it also showed strong support for a UK sanctions regime.

Fifty-eight per cent of Brits support sanctioning human rights abusers, with 53 per cent demanding that foreign aid to Nigeria be made conditional on the protection of vulnerable Christians.

The commemoration event, tagged ‘3 Hours for 3 Years’ will be livestreamed on YouTube and can be accessed at: https://psjuk.org/3hoursfor3years/. It will feature contributions from Leah’s mother Rebecca and Dr Gloria Puldu, President of the Leah Foundation.

Speakers from the House of Lords, the House of Commons, and international politicians, celebrities and activists will also address the conference.

PSJ UK is asking sympathisers with Leah to post a yellow square on their social media platforms this week, using the hashtag #SpeakUpForLeah and ask their community to do the same in support.

No easy way to integrate

Who Do I See in the Mirror?- New book inspires black children