People who are homeless and due to be discharged from hospital, are being offered new Salvation Army “step-down beds” to ensure they have a safe space to recover while freeing up urgently needed NHS beds.

During the pandemic, five rooms, which house the specialist beds have been opened at The Salvation Army’s St Ann’s building in Westminster, to provide temporary housing for people who no longer need a hospital bed but are too clinically vulnerable to be discharged to the street. The church and charity hopes to be able to offer more beds in future.

A specialist nurse and housing worker, known as a ‘housing navigator’ from Guy’s and St Thomas’ NHS Foundation Trust’s Homeless Health Team visits the patients twice a week to offer support with health concerns, social and emotional needs, and to help residents move on to longer-term housing

Sally, found herself without a home during her hospital stay, after becoming seriously unwell due to ongoing kidney problems. During the six-weeks the 61-year-old was in hospital, Sally’s cousin became unable to provide her with accommodation due to health concerns of her own.

“They take care of me here [at St Ann’s]. They look after me. If I seem sick they take me to the hospital.

“They make sure I am eating, they check on my well-being, they see if I am ok around three times a day. They are good people and well organised.

“I am waiting for suitable accommodation now which is being organised by the hospital team.

“I am so grateful to The Salvation Army and to St Thomas’ Hospital for my treatment and the support they have given me.”

Residents share a kitchen and Salvation Army staff are on hand to offer advice and support to help tackle the complex reasons that led to their homelessness in the first place, like mental ill health, fleeing domestic violence, trauma or an addiction.

“The residents at St Ann’s may have been sleeping rough, or for some reason their previous accommodation is unsuitable for their needs. St Ann’s is here to act as a stepping stone out of hospital until suitable accommodation is found and their health has improved meaning they can move elsewhere.”

“This is a fantastic service that ensures that some of our most vulnerable patients avoid being discharged to the streets after a hospital stay. Many of the patients are clinically vulnerable due to conditions like kidney failure and are unlikely to survive sleeping rough.

“By giving people a safe place to live we can continue to provide the care they need, like dressing wounds, while encouraging them to take an active role in managing their health. We signpost people to the services that can give them ongoing support including legal and housing support and alcohol and drug services. In doing so we can support people to get back on their feet and make a fresh start.”

11 Other Black Singers Who Got Their Start in Church 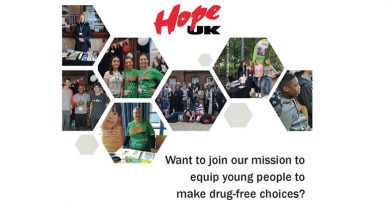 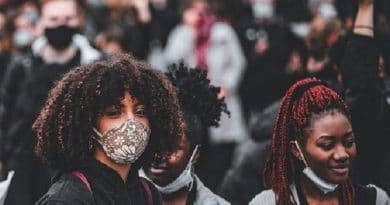