Aljazeera’s journalist, Mahmoud Hussein, was released two weeks ago in a move that had been completely unexpected – not because there was evidence for his incarceration – in fact, there was not even a shred of it nor was there a scintilla of proof to justify the harsh treatment he had received, but because he had been jailed cruelly and unjustly for years that seemed endless simply for practicing the ethics of his profession.

Arrested in December 2016 in Cairo, Egypt, and accused of ‘disseminating false news and receiving monetary funds from foreign authorities,’ he was railroaded into a smelly dungeon without being charged formally or tried in the courts. All efforts to address his plight were rebuffed, as the country’s dictator and his jailor: General Abdel Fattah Al-Sisi, feigned ignorance and displayed a cavalier attitude anytime the name: Mahmoud Hussein was mentioned. It must be stressed here, that Fattah Al-Sisi’s reign of terror brooks no opposition nor are contrary views tolerated. Journalists have been the worst hit, as they are treated as social pariahs who must be bludgeoned to submission by any means. This was the case seven years ago, when three foreign journalists: Peter Greste, Mohamed Fahmy and Baher Mohammed were sent to jail on flimsy excuses after their hotels had been raided by the Egyptian security agents. They were sentenced to ten years – and had to be released way through after the intervention of the then US Secretary-of-States, John Kerry and other notable bodies appealing to the uncreated conscience of the country’s Lord of the manor: General Fattah Al-Sisi, who had said he would not interfere with the court’s judgement!

The free media serve as a mirror in which the public can see itself, and the beauty of journalism as the fourth estate is seen in its role to inform, educate and hold government accountable to its citizens. Unfortunately, it is this latter function that draws the ire of all tyrants who would have wanted the public kept in perpetual ignorance for totalitarianism to thrive – and why full-blown dictators and their ilk fear a free press is what I can’t fathom. It was in executing his journalistic role of informing and holding the monarchy accountable to the Saudi Arabian citizens that made the late Jamal Khashoggi to become passionately hated, excoriated, pursued, harassed and eventually caught and decapitated on the orders – as alleged – of the country’s iron-fisted ruler, Mohamed Bin Salman. It was this sacred duty too, that led to the 1995 arrest and detention of Tell Magazine’s Senior Staff Writer, Osa Director, a gem of inestimable value, who, when interrogated, told his sanguinary interrogators that he, himself, was his own ‘source of information:’ a response which brought out the savagery and bestial wrath of his captors.

There was also the issue with Lasantha Wickrematunge, a Sri-Lankan journalist and Editor-in-Chief of The Sunday Leader. He loved his country truly, and reported on the intense corruption of the government in a country where people barely had enough to eat. The government hatched up many unorthodox schemes to rope the gentleman in, but these schemes wouldn’t just gel until assassins were sent to maul him down. Mission accomplished, the government decided to hurriedly orchestrate a probe, but the assassinated journalist had also written his own obituary mentioning the phoney probes and other sanctimonious and theatrical moves the government would indulge in upon his death. In fact, the captivating obituary published three days after his death, as he had instructed, was indeed a damning exposé on the government of the day. Nigeria’s Dele Giwa, Editor-in-Chief of the defunct Newswatch Magazine was sent a letter bomb by the Ibrahim Babangida dictatorship which blew him to smithereens; and Bagauda Kaltho, a brilliant reporter for The News reportedly fed to the lions by General Abacha’s goons. Go to Iran, Iraq, Sudan, Somalia and the list is endless.

Even to this day, journalists still suffer for their profession and will continue to be harassed, sent to jail, and made to pay the ultimate price in so far as there are multifarious human swine and enemies of truth to contend with. Despite this brutalisation and threat of death however, the human spirit will endure and flourish – and not all the Mohammed Bin Salmans and the Fattah Al-Sisis combined can kill that. We have a role to play in society and it encompasses speaking truth to power, standing up for the millions unable to stand up for themselves as well as being a voice for the voiceless. These are sacred roles attributable to members of the Fourth Estate – and we can’t just shirk it, for as that old English proverb has it, ‘stick and stones may break our bones, but words cannot hurt us.’

I wrote in one of my articles – quoting Jorge Borges – that ‘censorship is the mother of metaphor,’ in that no state can restrain or censor journalism, as journalists would always look for subterfuge or alternative strategies to write and get their message across. In their arrogance and innate fear, tyrants and their apologists suffer from intellectual and moral confusion so much so that they forget too soon, the noble aphorism that truth suppressed to earth will rise again.

So, to Mahmoud Hussein, I say welcome back. You showed through courage that no one and not even the huge panoply of Egyptian weaponry could stifle the voice of truth. Please, take a break and have some café Arabica with your family, not forgetting to put on the gauntlet and don your armour again when called upon, as we must not tarry in the face of the many who are still being denied justice: whether it be the kidnapping of students in Nigeria by the Boko Haram sect, the mayhem perpetrated by Al-Shabaab in Kenya and Somalia or even the brinkmanship of Mohamed Bin Salman in silencing the opposition in Saudi Arabia and driving human rights activist underground. No time is right but now.

Martins Agbonlahor is a lawyer, journalist and author based in Manchester. His new novel: Another Poor Cow – the Dangers of Tradition in Rural Nigeria is available in Amazon and all online bookstores. 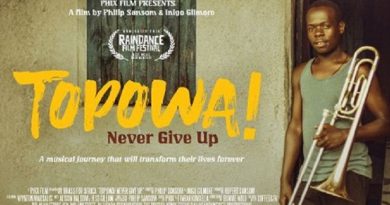