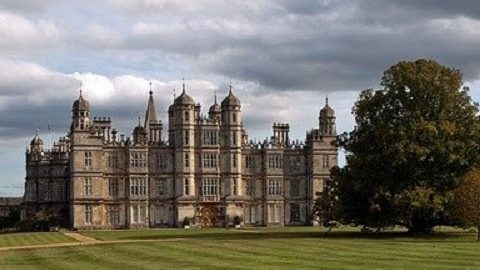 Historic properties are being urged to take steps to prevent being victims of crime following a spate of thefts from churches and stately homes.

According to data from Ecclesiastical’s claims team over £400,000 worth of claims have been made relating to the theft of stone since 2015. Since 2016 the figure has doubled pointing to a worrying increase.

The warnings come as the UK’s National Intelligence Unit for Serious Organised Acquisitive Crime (OPAL) reported a spate of incidents in the theft of York Stone from properties in the North of England.

Throughout December 2020 and January 2021 a series of thefts affected historical properties including St. Leonard’s Church in Middleton, St. Mary’s Church in Prestwich, both in Greater Manchester and Hopwood Hall Estate, a Grade II listed building also in Middleton, where paving slabs worth thousands of pounds were stolen.

At Christ Church in Eccleston, Lancashire parish members reacted with “grief and horror” as their church suffered a theft of 40 York stone slabs last Spring.

“Whilst to some it may just be paving, to generations of local families it is the place where dad says words of reassurance to his nervous daughter bride, the place where newlyweds are photographed and congratulated, the place where parents straighten the baby’s christening outfit, where sons and daughters gather their emotions as they carry the coffin into a funeral; the place of transition for pivotal points in life where people reach out to God.

“Those York stones will be in hundreds of photo albums.”

Private properties have also been targeted, and in October 2020 a 16th Century property in Surrey was targeted by thieves who forced open gates before removing a large volume of York stone paving slabs causing £32,000 of damage.

Ecclesiastical Insurance is warning historical locations to take steps such as using SmartWater to deter criminals and help tracing stolen goods in the event of a theft.

“The threat of metal theft from churches and historical properties has been well documented but over the last four years the value of claims for theft of stone has doubled.

“This recent surge in theft of stone is certainly something we have a growing concern about and there is a real risk that the continuing economic downturn in the UK could see an increase in historic properties being targeted by unscrupulous thieves. In many cases this historic stonework is irreplaceable, meaning that not only is there the financial cost associated with replacing the materials, the history linked to their location is lost for future generations as well.

“Our advice to heritage properties would be to review their security measures in place and to mark slabs and other stone on their properties with a forensic security marking solution, such as SmartWater, to help deter thieves and safeguard their property.”

More guidance on how to protect properties from stone theft is available at the Ecclesiastical website.

Babies among 149 dead in horrific conditions in Giwa Barracks, Nigeria

That these Children may live by Martins Agbonlahor