After almost 5 years of spiralling crime, London has officially hit ‘breaking point’ as Mayor Sadiq Khan declared to LBC ‘London is no longer safe for women and girls’.

Sheilagh Fogherty: “London’s streets are not safe for women are they?”

Sadiq Khan: “No they aren’t, or for girls, and it’s really important that people of my gender understand that if you’re a woman or a girl then your experiences of our city in any public space whether it’s in the workplace, on the streets or public transport is very different to if you’re a man or a boy.

It’s really important that people like me in positions of power and influence understand that and take steps to address that.”

“He’s sat in front of us with a straight face and said that ‘London is no longer safe for women.’  That’s a failure on his part, that’s his job 101, the first thing he should be doing is making London safe for everyone…”

“If you look in London, if you’re black you’re 4 times more likely to be murdered. The black community’s been screaming at the Mayor for a very long time to be protected, to have the police service out there on the streets but then the Mayor’s refused to back the police, refused to make that section of the community safe and now we’ve got another section of the community that by his own admission is not safe.

This comes after a startling surge in violent crime across our capital over the past 5 years under our current Mayor:

Before the lockdown London was less safe than when the Mayor came to power:

Latest MOPAC report shows that in 1 year [including lockdown]:

Mr Bailey, this week launched his comprehensive plan to tackle violent crime across the capital in a keynote speech made at Repton Boxing Club, Bethnal Green alongside former Met Police Commissioner, Sir Paul Stephenson and Mother of Sven Badzak, Jasna Badzak, who recently lost her son to knife crime after a weekend that saw 17 stabbings take place in London.

In his speech, Shaun Bailey stated:

“For anyone who doesn’t know Shaun, then take a look at his career. He spent 20 years as a youth worker helping young Londoners get out of crime and turn their lives around. As part of his youth work, he teamed up with many of my officers on the ground –  helping them to reach the right people. He doesn’t just understand the problems London faces, he also understands the kind of support police officers need to tackle crime.”

“We live in a city where parents are scared to let their children walk home from school. And we have to ask ourselves: what kind of Mayor would be satisfied with this city?

Sadiq Khan has failed at his job in a most fundamental way. If the Mayor can’t keep us safe, then no other successes really matter.” 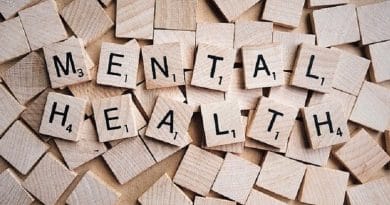