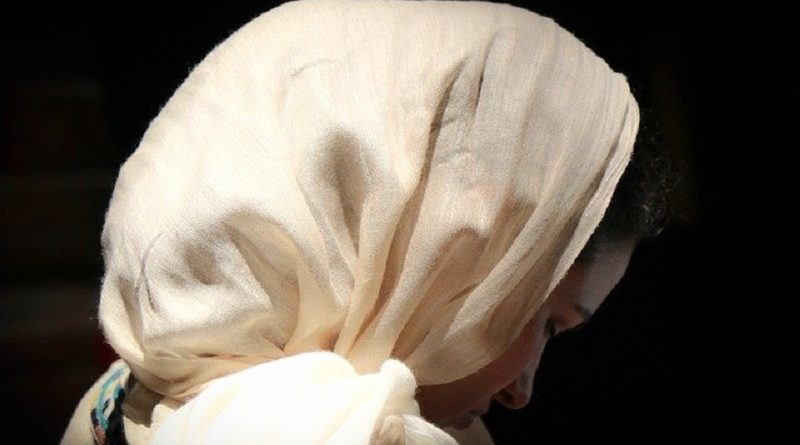 “These 12 Christian women are just some of those who have been arrested, charged or imprisoned over the last 12 months because of their faith or because they went to house churches.

“Christians in Iran – especially converts from Islam – are considered a threat to the Islamic identity of the Republic.

“Because ethnic Persian Christians are considered ‘apostates’ almost all Christian activity is illegal. This is especially true when it occurs in the Persian language – be it evangelism, Bible training, publishing Christian books or preaching in Persian.

“This is why many Christians are convicted for crimes against national security.

“Let’s not forget about these persecuted Christians. As we commemorate International Women’s Day we are calling on the government in the UK to raise these human rights abuses with the Iranian regime.”

months of her one-year sentence for “propaganda against the regime”.

Before going to prison, she recorded a short video message in which she said she had been arrested by

agents from Iran’s Ministry of Intelligence “for the crime of believing in Jesus Christ”.

During her trial she was forced to visit an Islamic cleric to receive religious “instruction” and be offered the chance to revert to Islam.

Christian convert Fatemeh (Aylar) Bakhtari was also released from prison in March 2020 after serving a little over half of her one-year sentence for “propaganda against the regime” – a charge related to her membership of a house-church.

Before going to prison, Aylar said the prospect of a jail sentence was not as frightening as the two-year ban she was also given from all social activities following her release – meaning she is unable to attend any group

meeting of more than two people, effectively cutting her off from gathering with other Christians.

During her trial, the judges pressured Aylar to recant her Christian faith and told her that if she did the

charges against her would be dropped.

Christian convert Fatemeh (Mary) Mohammadi was given a suspended sentence of three months in prison and 10 lashes in April 2020 because of her participation in a protest following the downing of Ukrainian passenger plane PS752.

Mary had also been arrested in January 2020 when she had been held incommunicado for a month and subjected to abuse.

During the trial the judge questioned her about her religious views, even though the charges – of “disturbing public order by participating in an illegal rally” – were not related to her faith.

Her mother, Masoumeh Ghasemi, was arrested the following day after going to Evin Prison to enquire about her daughter.

Both women were released on bail a week later after submitting title deeds to their home to cover their combined bail amount of 800 million tomans.

Christian convert Malihe Nazari was detained for over two months following her arrest in June 2020, as part of the

coordinated raids on Christian homes and house-churches that also led to Sonya’s arrest.

Malihe was initially told she must pay three billion tomans for bail, but the sum was later reduced, leading to her release in September.

Sisters Maryam and Marjan Falahi and their friend Fatemeh Talebi were among seven Christian converts given sentences in June 2020 ranging from prison and exile to work restrictions and fines.

Maryam, a nurse, was given a lifetime ban from working for any national institution, such as the hospital at which she had worked for 20 years. She was also fined eight million tomans, while her sister Marjan was fined six million tomans, and Fatemeh four million tomans.

In a separate verdict in July 2020, a judge ruled to remove Maryam’s adoptive daughter from her care – because she and her husbands are Christians and their daughter is considered a Muslim. The verdict was upheld by an appeal court in September.

Iranian-Assyrian Christian Shamiram Issavi fled Iran in August 2020 with her husband Victor Bet-Tamraz, after being summoned to serve her five-year sentence for “acting against national security by establishing and managing house- churches, participating in Christian seminars abroad, and training Christian leaders in Iran for the purposes of espionage”.

Shamiram’s sentence was pronounced in January 2018, but it wasn’t until she was summoned, more than two

and a half years later, that Shamiram finally learned her appeal had failed.

Her daughter, Dabrina, told Article18 the long wait and numerous scheduled and postponed court hearings had

in themselves been a kind of “torture”.

2020 for “acting against national security” by “forming an illegal evangelical Christian group”.

During their trial in June 2020, they were accused of “widespread association with missionary groups, as

well as evangelical Christian groups outside the country – in Russia, Georgia, Turkey, and Armenia”.

The judge, Mohammad Moghiseh, would not listen to their defence, only citing the report of the intelligence agent and telling them: “Your actions are worthy of death! Who set this low bail amount for you, so you could be free to roam about on the streets?”

The Emergency BAME Businesses and Enterprises Conversation on Monday 18th May @ 6:30pm