The UK Director of the Evangelical Alliance has written to the Prime Minister, Boris Johnson, outlining how current proposals being considered by the Government on conversion therapy could pose a direct threat to religious liberty and restrict personal freedoms. The letter, which recognises the harmful practices of religious groups in the past, highlights the possibility that these measures could result in criminalising Christians and common church activities.

The letter, written by Peter Lynas, identifies the definition of conversion therapy as a key problem. The government has failed to provide a definition and others have offered a more expansive definition which would have damaging effects;

“Proposals, as currently discussed, could have the consequence of restricting individual freedom and impinging on essential religious liberty – potentially criminalising Christians and common church activities. We would encourage the government to exercise caution.”

“We are deeply concerned at some of the practices that have been carried out which are categorised as conversion therapy, but also by the government’s lack of clarity on the issue.”

Lynas speaks directly to some of the damage done by churches and the harmful practices that have historically been linked to conversion therapy. “We recognise the role the church has sadly played historically in perpetuating stigma, discrimination and harm towards people because of their sexuality.  We oppose abusive practices and the use of electro-shock treatment and corrective rape are clearly wrong and should be ended.“ However, he also notes that such practices should already be banned or illegal.

The letter also highlights the threat to the everyday practices of churches, church leaders, and Christians across the UK,

“An expansive definition of conversion therapy, and a ban along such lines, would place church leaders at risk of prosecution when they preach on biblical texts relating to marriage and sexuality. It would place ministry leaders at risk of arrest for encouraging young people to maintain chastity until marriage. And it would criminalise a member of a church who prays with another member when they ask for prayer to resist temptation as they are attracted to someone of the same sex but do not wish to act on it.”

Equalities Minister Liz Truss has recently said the government would soon bring forward plans for a ban, although there remains a lack of clarity as to the extent of the proposals.

“Recent interventions in the media have suggested that proponents of a ban want it to explicitly include religious or spiritual settings. This is a direct threat to religious liberty.  We need clarity on what is already currently prohibited and proper assessment to ensure there are no unintended consequences to any new legislation.”

To read the full letter, go to https://www.eauk.org/conversion-therapy-letter 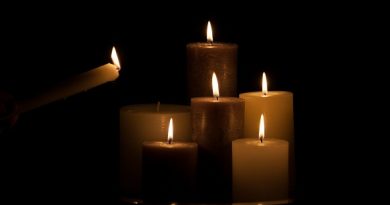 This Christmas set to be the loneliest yet