A professor from the University of the Free State Abdon Atangana has been recognised as one of the top 1% of scientists on the prestigious global Clarivate Web of Science list and is the youngest mathematician to be so honoured.

According to Clarivate, this accolade recognises true pioneers in their field over the past decade, demonstrated by the production of multiple high-cited papers that rank in the top 1% by citations for field and year in the Web of Science. Professor Atangana is known for developing a new maths fractional operator used to model real-world problems arising in the fields of engineering, science and technology.

It said the highly cited researchers truly are one in a thousand and the list is updated annually. His work has a real world application for a range of iisues including the passage of groundwater flow, the spread of infectious diseases, chaotic problems like weather behaviour, competition problem in biology and a common example is the type of cruise control in cars.

Speaking about this honour Professor Atangana, who is as passionate about maths as he is about Africa, said: “This honour is not for me. It is for Africa. I work hard so that black African children can say Africa is leading the way in mathematics. There is nothing that we can’t do!”

Pofessor Atangana spoke of the long and winding road he took, hungry and footsore, to reach his new status as a top scientist in The World.

“I was born in a very small village of Cameroon called Elig-Mfomo. I grow up with my grandmother, who was a very poor old woman relying on farming to survive. I attended primary and high school in this remote village, where each day I would travel many kilometres on foot to reach the school and then come back home. I often used to stay for three days without food but still walked to school as my grandmother told me one day that I will change the situation of our family through education.”

“Since primary school I was passionate about mathematics. It was a real challenge even for our teachers. I was unable to pay school fees of 18 Euro per year. At high school, I noticed that all mathematical formulas, theorems, corollaries and even functions had non-African names. I once asked my math teacher: “Did Africans not contribute to mathematics?”  His answer was not clear to me. I decided to work even harder so that one-day I could become a mathematician and give a formula, theorem, or equation an African name.”

“After completing my high school, I got accepted at the University of Yaoundé, to which I travelled each day on foot for more than 20 kilometres some time with no food. However, God always provided for me and gave me courage to pursue my dream. One day, a miracle happened – I got a letter from my father’s family, and they organized a family meeting with me.  I went to this meeting and they presented my uncle, Dr Pierre Ndzengue and they told me from today this is your father. Three  months later my new father was appointed Ambassador to four countries. And so I came to South Africa for my honours in 2009 and he supported my studies up to my PhD.”

“I would like to stress that my life journey was piloted by God, from primary school to University of Yaoundé, my school fees were paid miraculously sometime by some unknown people.”

“Personally, I  strongly believe in Jesus, not just because of the bible, or because of church but because each time I prayed in his name, I got answers. At the University, my passion for mathematics grew, as if someone was pushing me to learn continuously.”

“I have had a lot of challenges, after my operator was published and named after me. A group of Italians and Portuguese became very angry asking why this is named after an African black boy? They have launched a series of attacks, sending messages to many journals and many authors.  However, in God I trust, and he has not yet said his final word, Africa will rise and an African child will be as proud as the rest.”

Explaining the nature of his work and its application to real world issues he said:

“ Differential and integral operators are used to model real world problems arising in many fields of science, technology, and engineering. The concept was introduced and applied by Leibniz (Gottfried Wilhelm Leibniz was a prominent German polymath and one of the most important logicians, mathematicians, and natural philosophers of the Enlightenment) and Newton (English mathematician, physicist, astronomer, theologian) respectively.”

“However, their concepts were only used for classical problems, problem with no memory, a simple application is the cruise-control in cars (This depends only on the initial set velocity of the car).  Their operators were not able to depict problems with memory, crossover behaviour, for example the passage of water from matrix rock to fractures, a spread of infectious diseases with nonlocal behaviour like covid-19. The operators suggested by Atangana can replicate processes following crossover behaviours, like the passage of groundwater flowing from matrix rock to fracture, the spread of infectious diseases , chaotic problems like weather behaviour, diffusion problems in heterogeneous media, competition problem in biology and another common example is the type of cruise control in GL Mercedes  (DISTRONIC PLUS is a driver assistance system which combines automatic speed regulation with proximity control in relation to a vehicle traveling in front). In general, any real-world problem with memory can be modelled using these operators.”

Prof Atangana, 35, originally from Cameroon, has called the University of the Free State in Bloemfontein home for the past 11 years. He is a mathematician and researcher at the university’s Institute for Groundwater Studies.

The Alexandria Engineering Journal had an article which stated that the use of the Atangana-Baleanu operators is a “diverse and flourishing discipline”.

Prof Atangana is ranked in the list owing to his cross-field contribution which will impact on research in many diverse fields.

He was recently also awarded the TWAS Mohammad A. Hamdan Award by The World Academy of Sciences for the advancement of science in developing countries.

It is the first time that the TWAS Mohammad A. Hamdan Award was bestowed. According to a statement issued by TWAS, this award is given for outstanding mathematical work carried out by a scientist working and living in Africa or the Arab region. It states that the award can be given for work in pure mathematics, applied mathematics, probability, or statistics. Prof Atangana received the award for his contribution to fractal mathematics and partial differential equations.

The mathematical operators developed by Prof Atangana and a colleague from Çankaya University, Ankara in Turkey, Prof Dumitru Baleanu, that could be used to model real-world problems arising in many fields of science, mathematics, technology, and engineering, are growing at a remarkable rate in these fields and have inspired an explosion of new research in fractional calculus.

Prof Atangana, Academic Head: Institute for Groundwater Studies at the UFS, and Prof Baleanu from Çankaya University developed their differential operators in 2016 when existing operators failed to accurately depict some physical problems. According to Prof Atangana, it took him one week of continuous thinking to develop a new fractional operator that could be used to model real-world problems arising in many fields of science, technology, and engineering.

Published papers are growing each year

According to a recently published article in the Alexandria Engineering Journal, titled A bibliometric analysis of Atangana-Baleanu operators in fractional calculus, the Atangana-Baleanu operators has been cited in 351 published and peer-reviewed research papers since the first paper was published in 2016. The number of papers published each year is growing exponentially at a very high rate of 80,25%, showing a healthy and thriving field of research. In 2019, 156 papers were published on the topic and a further 95 papers have been published in the first three months of 2020.

Prof Atangana says it is a joy to see that the name of an African mathematician is attached to operators used in many fields of science, technology, and engineering.

“It is a very big joy, as one day an African child will say ‘I am proud to be African’, as these theories were developed by a black African youngster. A big joy to see that, for the first time ever, a black mathematician is added in the list of highly cited mathematicians. A big joy to know that I became the world’s youngest highly-cited mathematician, although this was not celebrated either by my work country or my university.”

“A big joy to see that only after four years of extremely hard work in a foreign land, I became editor of more than 20 top-tier journals of applied mathematics and mathematics; in some, I am the first African to be selected as editor. For me, it is a first step in the decolonisation of science; an indication that Africans can contribute and influence the world of mathematics,” says Prof Atangana.

• The derivative waiting time is at the same time power law, stretched exponential, and Brownian motion, while the Riemann-Liouville derivative is only power law and the Caputo-Fabrizio is only exponential decay.

• The derivative mean square displacement is a crossover from usual diffusion to sub-diffusion, while Riemann-Liouville is just power law and scale-invariant. This means the Atangana-Baleanu fractional derivative is able to describe real-world problems with different scales, or problems that change their properties during time and space – for instance, the spread of cancer, the flow of water within heterogeneous aquifers, movement of pollution within fractured aquifers, and many others. This crossover behaviour is observed in many empirical systems. • The derivative probability distribution is at the same time Gaussian and non-Gaussian and can cross over from Gaussian to non-Gaussian without a steady state. This means that the Atangana-Baleanu fractional derivative is at the same time deterministic and stochastic, while the Riemann-Liouville is only deterministic. So, for instance, with this crossover, the Atangana-Baleanu fractional derivative is able to describe physical or biological phenomena such as a heart attack, the physiological progression from life to death, structural failure in an airplane, and many other physical occurrences of sudden change, with no steady state. 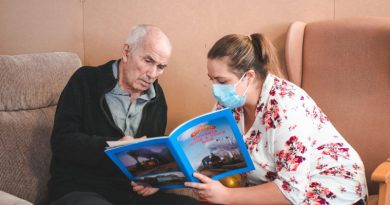