In Nigeria, the fear of Boko Haram has indeed, become the beginning of wisdom! They are the tiny band of criminals making mincemeat of fellow Nigerians through bombing, arson, and now – kidnapping for ransom. We’ve been at their mercy for almost two decades – and bereft of ideas at tackling their devilry – our politicians have resorted to a conspiracy of lies, blaming one another over allegiances to the wrong tribe, the wrong political party, cabal, or the wrong religion, and consequently, creating yawning lacunae for these heartless terrorists to intensify their cruelties.

Boko Haram, loosely translated as ‘Western Education is forbidden,’ was an act of political expediency by the then governor of Borno State, Ali Modu Sheriff, who, wanting to score some political points yielded to the demands of a Sharia State by the sect, the grand idea being ‘to cleanse the northern region and Nigeria as a whole, of infidels and heretics.’ But the unholy alliance was to end up an exercise in political gimmickry – for when he – the governorship aspirant eventually won the election, he could not live up to his promise. And then a war of words ensued leading to bitter feuds; and before one could say ‘Abin da ke faruwa a kan?’ anarchy had been let loose in the state culminating in the arrest, physical torture and judicial murder of Mohamed Yusuf, the leader of the sect. Thenceforth, the northern regions and the Nigerian nation have been in a state of topsy-turvydom, the dreadful sect unleashing mayhem of cataclysmic proportions on the Nigerian populace.

The aim of this write-up is not to catalogue the butcheries of this sect, but to ask the question any rational individual would ask: Why has the Nigerian government been unable to nip this group’s notorieties in the bud? Now, they have resorted to kidnapping for ransom, and in this month of March alone, over a thousand school children and their teachers have been abducted in different locations in the northern part of the country, and many of them, massively tortured. Kidnapping-for-ransom has become a lucrative business in Nigeria and other minuscule criminal factions and ragtag group of unscrupulous elements around the country are cashing in on it to line their pockets. We should in reality, put our money where our mouth is. It is either our policy makers are unwilling to confront these people or are unable to do so. I suspect the latter. The excuse we hear from politicians is that were they to swoop on the group, there might be some unintended consequences in terms of civilian fatalities. To me, this position is preposterous, as the law of unintended consequences should not undermine the legitimacy of intent if we are really sincere, more so as this terrorist group is located within the confines of the Sambisa forests where no civilian dwells. There have been several reports of our ill-equipped soldiers skedaddling on confronting the modernised and well-equipped Boko Haram militias, and very many have resigned from the Nigerian armed forces with woes of incompetence, mismanagement, indiscipline and a dearth of esprit de corps in the upper echelons of the force. This may have been the reason that President Buhari fired his service chiefs of the army, navy and the air force, replacing them with new officers. And he minced no words when he gave them that stern mandate: ‘Do nothing else, but rid the country of insurgency, banditry and kidnapping.’ It now remains to be seen if the new guys would be fully equipped to do as instructed or turn out an old wine in mere new skin, returning us to business as usual.

I would not say for certain that our armed forces personnel do not know the whereabouts of these terrorists in the face of the frequent kidnappings and negotiated settlements involving colossal amounts of tax-payers money, albeit the government would not agree to ransoms being paid out. In a recent negotiation for the release of 42 students kidnapped in Kagara, Niger State, the negotiator Sheikh Ahmad Abubakar Gumi, recommended dialogue as the only option to get out of the crisis, but our National Security Adviser, Babagana Monguno as well as some governors from the northern part of the country ruled out negotiating with these terrorists or even beholding their repulsively-ugly faces. And now, Nigeria is the worse for it. Our newspapers are replete with frightening reports of insurgencies all over the country, of truckloads of Almajiri heading to the southern parts of the country armed with guns and grenades, and of Fulani herdsmen killing farmers in Benin City, Ibadan and Lagos State over grazing rights. In fact, the orgy of violence in these regions has spiralled out of control and cannot be evaluated in real terms. The belief is that the Hausa-Fulani are orchestrating these to perpetuate their Islamic hegemony over the whole of Nigeria. I don’t know of conspiracy theories, but I do know that when I was a boy of six in my little village of Uvbe, I used to tug playfully at the robes of these nomadic herdsmen or ‘Babi-Alla,’ as we used to call them, whereby, they would greet me in their local dialect and offer me a piece of goro or a cup of fresh cow milk directly from the udder. To now say, that these cattle-rearers bear arms is to me, inconceivable. But again, my experience is over five decades ago, and things do evolve.

I am cautiously optimistic that Nigeria will rise to the security challenges posed by Boko Haram and other sects mushrooming all over the country, because we are currently deceiving ourselves and going round in circles. We know what to do to rein in these terrorist groups, but aren’t ready to take the bull by the horns because seeing Nigeria as it is presently, serves the interest of a powerful, unnamed few. It is in our apparent drift to self-destruction that Dr Tunde Bakare of the Latter Rain Assembly Church likened the country to one ‘critically ill at the intensive-care unit of the universe.’ Dreadful as his assertion may sound, I think something should be done as a matter of urgency to resuscitate Mother-Nigeria and make her well again. In this vein, we should consider once again, our forced union with a view to seeing if we can live apart and yet co-exist peacefully, because it is better to be divided in truth than be united in falsehood. The Indigenous People of Biafra (IPOB) have again achieved relevance, its members, calling for an independent state for the people of the Eastern region of Nigeria, the Yoruba are clamouring for Oduduwa Republic while the people of the Benue-Plateau region are fighting for the recognition of the Republic of Middle Belt etcetera. These are useful pointers that this house is built on sand and there are cracks everywhere. This critical time of our existence therefore, calls for a Sovereign National Conference or The Peoples Conference to determine or define our future. The oft-mouthed ‘Federal structure’ is just a ruse, as Nigeria is not practising true federalism, defined as – ‘a mode of political organization that unites separate states or other polities within an overarching political system in a way that allows each to maintain its own integrity.’ (Source: Britannica.com). Ours is a unitary government, where a single central government has total power over all its other political subdivisions. That’s why the centralised authority in Abuja behaves as it likes, knowing it accounts to no one in the so-called ‘federation.’

I stand for the high nobility of truth. We must now meet as a matter of course, to discuss our essential constituents, as our people have had enough of intense suffering in the midst of plenty and of the profligate lifestyles of politicians, of bloody violence taken to their regions and of mayhem unleashed before their very eyes. I don’t need to be a stargazer to tell you the consequences of pushing an oppressed people to the wall, but join me in pondering this: The house has cracked, are we ready when it crumbles?

Martins Agbonlahor is a criminologist, journalist and author based in Manchester. His new novel: Another Poor Cow – the Dangers of Tradition in Rural Nigeria is available in Amazon and all online bookstores. 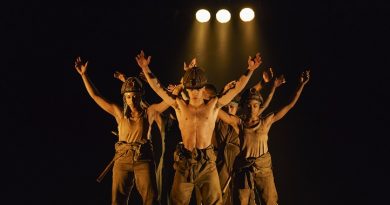