Both Jay and Princella became homeless this past year, but have attributed their strength and resilience during this time to their faith and relationship with God. They’ve also been supported by a social enterprise called Beam, which helps homeless people crowdfund new careers.

Jay – ‘The former rough sleeper training to become a carer’

41-year-old Jay became homeless after a breakdown in relationship with a friend that he was caring for. This meant that he was forced to sleep rough or sofa surf with friends to survive.

Despite his struggles, Jay always felt that his relationship with God helped him to move forward. Thankfully, he was referred to Beam, where he raised £1,346 to become a carer.

“God blessed me with incredible friendships, and because of this, I was able to rely on those closest to me to get by. It’s a true miracle that I now have a roof over my head. At one stage, I was walking through the night on the streets of London to avoid falling asleep in a park. The pandemic has meant that there’s a greater need for carers, especially male carers and I want to put myself in a position to help both the government who are overwhelmed and importantly the people in the homes that actually need the support.”

After moving to the UK from Ghana, 29-year-old single mother Princella moved into her Aunt’s property in London with her two children. However, when her Aunt sadly passed away, Princella lost her support system and her home.

All of a sudden, Princella’s world began to fall apart before her eyes. Thankfully, she was introduced to Beam, where she was able to raise £2,422 to fund a new care qualification as well as childcare, a laptop and a smartphone.

“When you go through tough times, it’s understandable to question why God has put you in that position. For me, I always know that he is with me and that one day, things will be okay. I want to be a carer because as a Christian, being sympathetic to others is a part of who I am. I have an open heart and I want to ensure that I use it to help others”. 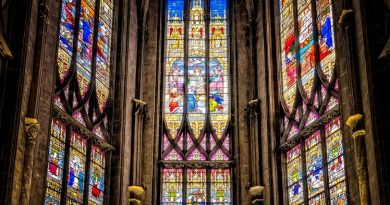 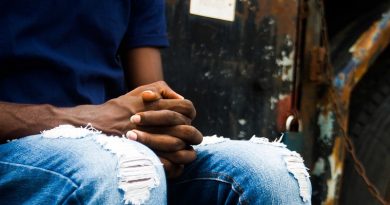 The Future of World Christianity Is African