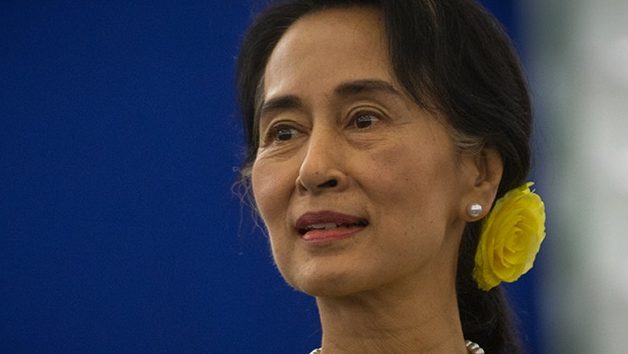 I knew Aung San Suu Kyi by reputation – a woman of steel and noble qualities. That was in the early nineties, and I had just stumbled into the Penguin edition of Freedom from Fear, her captivating autobiography, which I read in one sitting. Thenceforth, I stuck with her.

When her party, the National League for Democracy, won in the 1990 elections, I was upbeat, singing her praises before my friends and extended family, but hardly had she made her acceptance speech when the military nullified her victory and, amid an international outcry, placed her under house arrest for a period of fifteen years. It was here she captured people’s minds: this international symbol of peaceful resistance, blessed with the power of conviction, of persuasion, as well as that pleasing quality the French would call je ne sais quoi. Released in 1995, she intensified her involvement in politics, with her party winning a landslide victory in the 2015 elections – a victory replicated in the 2018 by-election. Whereas she was to be president, she opted for the role of State Counsellor, a Prime Ministerial role of sorts, where, in practice, she held dual allegiances: first, to the people who had voted massively for her, and then to the military with whom she shared power.

It is often said that the true test of a leader is not in holding the helm when the sea is calm, but in moments of turbulence. Aung San Suu Kyi’s regime was confronted with this dilemma when she refused to acknowledge that Myanmar’s military had taken part in the massacre of fellow citizens: the Rohingya people in the Rakhine State. What seemed to aggravate matters too, was that she actually went on to defend these allegations in the International Court of Justice. This singular event drew the ire of the international bodies that once supported her – and a blizzard of criticisms descended on her regime. This state of affairs took another disastrous turn just recently, February 1st, when a section of the ever-lurking military – seeking an avenue for relevance – bared their bloody fangs, placing my heroine once again under house arrest. The reason for the putsch had been blamed on “a series of inconsistencies” in the 2018 by-election. This, to me, is just an excuse, and I don’t think this piece of evidence can be subjected to a serious intellectual and logical interrogation, nor can it stand the test of civilised standard.

But if only this respectable woman had condemned the torture and genocide of the Rohingya people – or even resigned her position in the ensuing mêlée – that would have made a great difference and would have helped rekindle the faith we had in her. But alas, she was carried away by the allure of power, rubbing shoulders with the military brats who had once incarcerated her, and refusing to criticise their role in the gruesome crackdown of fellow citizens. In fact, her present predicament reminds me of the travails of Martin Niemoller, the Lutheran Pastor who only belatedly criticised Adolf Hitler when he realised that the Führer and his Nazi Party were hell-bent on destruction, brooking no opposition in the process. Imprisoned in one of the concentration camps for a period of seven years, he wrote a poignant poem, which seemed to appeal to our consciences, instructing us not to be neutral in situations of injustice, and underlining the need for us to be each other’s keeper in a world dominated by the wicked:

I feel for Aung San Suu Kyi, whose only ‘sin’ was not to have lived up to the expectations people – including the Western leaders – had of her. Her ascension to the head of the ruling National League for Democracy, and her inability to whip the ever-consistent Myanmar’s military into line, had somewhat become her albatross. While she is still extremely popular at home, her supporters abroad appear to have chosen not to be overtly supportive of her anymore, especially in regards to her recent statement of being ‘a politician and not a human right activist’ when the issue of the torture and dehumanisation of the Rohingya was again raised. In all fairness, I think people had expected too much from my heroine, choosing to forget that she is just human, prone to all frailties. This had also been the case with the late Nelson Mandela, who was viewed as a symbol of infallibility by his admirers – so much so that he had to personally prepare his coffee and make his own bed, to show that he was just a human being and not the iconic wonder-worker image the public had of him.

In this vein, let me crave the indulgence of all lovers of democracy, as well as European leaders, to do all within their powers to dislodge the present military takeover. Crippling sanctions and trade embargoes, which had previously been softened, should be reintroduced and the European assets of top army generals confiscated. While the coup plotters may want to suppress dissent, employing the use of guns and grenades, I urge the Myanmar people to continue to protest peacefully, employing all manners of civil disobedience, because when laws are made by criminals, decent people have to disobey them.

Aung San Suu Kyi’s experience with her country’s military shows that these power-grabbing khaki boys cannot be trusted with governance, for even though a democratic leader is not punched today doesn’t mean he or she will not be punched tomorrow. That is why the democratic world should aim towards having a polity, where the military is relegated to their proper place: the barracks. These guys are trained to protect countries from external aggression and not to rule. My country, Nigeria, is still reeling from the gross incompetence and maladministration of her military, especially the myopic, kleptocratic regime of General Ibrahim Badamosi Babangida, which corrupted democracy and democratised corruption, looting our treasury to the tune of $28 billion we had realised during the Gulf crisis of the nineties. Now, Nigeria’s the worse for it.

In conclusion, I see Myanmar going down the rabbit’s warren unless the international community comes to her aid. The military has already struck, so pontificating about Aung San Suu Kyi’s performance – or lack of it – will not help. Every delay to act establishes the illegality of the Myanmar military, and reinforces their jungle rule, jungle justice and jungle morality.

Martins Agbonlahor is a journalist and author based in Manchester. His new novel, ‘Another Poor Cow – the Dangers of Tradition in Rural Nigeria’, is available in all online bookstores. 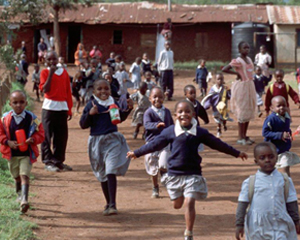