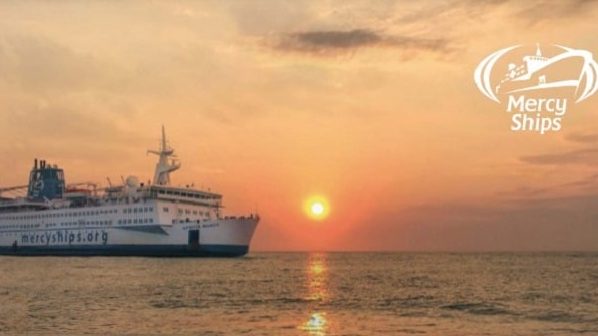 For over 30 years, Mercy Ships has partnered with sub Saharan African nations to tackle the huge injustice that is lack of access to healthcare in low-income countries. In fact, over 90% of people in this region of Africa cannot reach safe and affordable medical help for treatable and even terminal
conditions when they need it.

For several years, the Africa Mercy hospital ship has been invited to provide over 100,000 free surgeries in many African countries, including Cameroon, the Republic of Congo, Ghana, Liberia, Madagascar and Senegal. In the next chapter of this partnership, Mercy Ships will launch the world’s largest Christian charity hospital ship later this year. They will continue to work hand in hand with African medical teams, to leave a lasting legacy of training and strengthened hospitals. In fact, just last year, Mercy Ships trained over 800 African healthcare workers free of charge. The Global Mercy is the first and only purpose-built floating ‘training hospital’, which can be sent anywhere in the world. As the pandemic continues, many people are taking an opportunity to reflect on their careers and purpose.

For some, this means choosing to offer their skills and give back to those less fortunate, helping to improve healthcare systems around the world by volunteering with Mercy Ships. This global charity uses hospital ships to offer free worldclass medical care in developing nations, because 40% of the world’s population lives within 100 kilometres of a coastline. Whilst medically trained professionals are needed for the work, that is only half the story. It takes a wide variety of skills and professions to bring hope and healing to the poorest patients.

And only half of the roles onboard are medical. As well as performing thousands of surgeries, all free of charge, hundreds of Christian volunteers from all backgrounds provide training for local professionals so that healthcare systems are left stronger once the ship leaves port. As Christians, we know that God calls us to tackle injustice in all its forms, and to show mercy to the poor and the sick. Jesus even said that when we visit the sick and feed the hungry, we are doing this for Him (Matthew 25). It is unacceptable that in 2021, many Africans are forced to suffer from painful and life-limiting medical conditions that are readily treatable in the UK. As a Mercy Ships volunteer, you could send ripples of love and mercy into the lives of families and brave patients across Africa.

One such family was Youma and her young son, Diacko, from Senegal. When Diacko was a baby, people in his village would stop his mother just to tell her how beautiful he was. But as he grew, his legs began to bow outward.

Youma’s heart would break as the compliments her son used to receive became jeers and taunts. Learning to walk became increasingly difficult as every step made him wince with pain.

Despite knowing her little boy desperately needed surgery, there was no medical care in her village. Even if Youma travelled to a hospital, she could never afford the surgery Diacko needed.

This pandemic has given many of us the smallest glimpse of life without immediate, guaranteed access to healthcare when we need it. But for families like Diacko and Youma, there is no end in sight and, seemingly, no hope of accessible medical help on the horizon. Youma feared Diacko would suffer in pain forever.

“We didn’t have money,” she said. “So, I stayed home, waiting for something to arrive from God.”

Finally, her waiting was over and her prayers were answered. Youma and her family heard that Mercy Ships were arriving.

As a nation deemed least equipped to deal with a pandemic, Senegal has fought a long and tiring battle with distinction over the past year. Mercy Ships has been providing PPE and other support for many months, and more recently, they have teams on the ground working alongside local medical professionals to identify hundreds of patients who are waiting for a life-changing surgery: Fathers hiding their face behind a scarf because of a choking tumour; babies struggling to nurse because of cleft lips; mothers who can’t see their children because cataracts darken their eyes, and children, like Diacko, who can’t run and play, because their legs are bending beneath them. 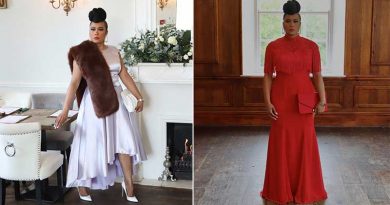