For too long, leprosy has torn lives apart. In rural Mozambique, healthcare is difficult to find and leprosy treatment is even more limited. Without prompt treatment leprosy can disable and even lead to blindness. Fear of the disease leads to prejudice and isolation. Too often, people with leprosy are thrown out of their communities and separated from the people they love. Leprosy takes everything from them. Their health, their opportunities, their family.

Mario is a voice for change. In his 15 years of volunteering, Mario has reached out to hundreds of people with leprosy. His own experience of leprosy drives him to help other people seek early treatment. It was over 30 years ago that Mario found out that he had leprosy. “I found patches on my body and a wound,” he explained. At first, Mario’s family took him to a traditional healer in his village. He was given some herbal medicine, but it made
no difference. By the time Mario got to a hospital, the wounds on his hands had already caused irreparable damage. It was too late. If he had sought medical help earlier, he would still have his fingers. Mario’s experiences have not made him bitter. In fact they have inspired him. He goes house to house in remote villages and holds meetings to raise awareness about leprosy.

For many people living with the disease, it can be frightening to come forward for help. Mario offers words of encouragement and uses his own life as an example. His message is simple: “Don’t wait to get treatment.”

Your support for The Unconditional Appeal will build community hubs, giving a beating heart to a rural village. A community hub, a Hub of Hope, is a place where Leprosy Changemakers can learn to recognise early symptoms of the disease. By helping to build a hub, you won’t just be curing leprosy.
You’ll provide a safe space where every villager is welcome unconditionally. A space where health camps can take place and communities can learn about leprosy through traditional songs, dance and drama.

Every villager can prosper through the work of a Hub of Hope. You can help farmers to learn how to protect their crops from extreme weather and sell surplus produce to provide an income. The seeds of small businesses can be sown and nurtured here, giving opportunities to young people and raising living standards in their community.

THIS IS AN UNCONDITIONAL LOVE THAT KEEPS ON GIVING

Unconditional love changes a person. The love they receive inspires them and, in turn, draws them to change the lives of others. Leprosy Changemakers, like Deolina and Mario, are coming forward in their communities. They are people who share a determination to make leprosy a thing of the past.
Today you can join a community of Leprosy Changemakers. You may not be able to walk in the same shoes as someone like Deolina or Mario but you can be part of the story too. Your donation today can train someone just like Deolina or Mario to find more people affected by leprosy before it’s too late.
It is not just those personally affected by leprosy that are training to be Leprosy Changemakers. Government health workers, religious leaders and traditional healers are also joining the fight.

You have an amazing window of opportunity. When you donate before 24 April your donation will be doubled by the UK government. That means your gift goes twice as far. Your unconditional love can rid Mozambique of leprosy. For good! 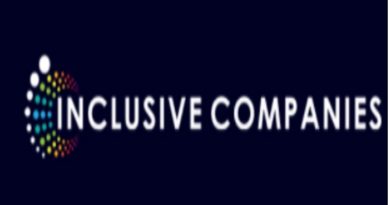