Release International is calling for prayer for Christians preparing to celebrate Easter in trouble spots around the world. This follows a church bomb attack in Indonesia, which wounded up to 20.

A newlywed couple in their 20s are the prime suspects in the attack on a church in Makassar on Palm Sunday.

The attackers, believed to be linked to Islamic State, are said to have ridden up to the church on a motorbike and tried to get in. When they were challenged by guards, they detonated a pressure-cooker bomb which killed them and wounded up to 20 others.

The attack followed the service on Palm Sunday.

Had the attackers managed to get into the main entrance of the church, many more could have been injured or killed, according to the mayor of Makassar. The Indonesian authorities are treating the attack as an act of terrorism.

The newlywed bombers were said to be in their 20s. Their device contained high explosives and nails, intended to maximise the harm to their victims. The couple are said to have been members of Jemaah Anshorut Daulah (JAD), which has been linked with other bomb attacks.

The group’s name means ‘Partisans of [Islamic] State’. JAD is considered to be the largest pro-Islamic State organisation operating in Indonesia.

The same group has been named responsible for attacks on Starbucks in Jakarta in 2016 which killed eight, on churches and a police station in the port city of Surabaya in 2018, in which around 30 died, and an attack on a church in Kalimantan the following year which killed a two-year-old girl.

The Surabaya attacks were also carried out by a husband-and-wife team, who kitted their four children out as suicide bombers. The mother went with her two daughters to attack one church, while a father led his sons in a suicide attack on another. All six lost their lives.

Easter and Christmas have been favoured by terrorists in recent years for attacks against Christians.

‘Please pray for Christians in trouble spots around the world,’ says Release International CEO Paul Robinson. ‘Pray for God’s protection and that Christians will continue to be courageous and faithful in their witness.

‘The message we hear time and again from our partners around the world who are persecuted is that their faith is worth it. Persecution reminds us why we are living. It teaches us to use the freedoms we so often take for granted to the full.

‘Living out our faith courageously is the biggest lesson we can learn from our brothers and sisters who are patiently suffering for their own faith worldwide.

‘Pray also that grace will abound, and they will remain faithful to Jesus’ call to overturn hatred by loving their enemies.’

Church leaders in Indonesia have called on Christians to be calm and not be afraid.

Indonesia is the most populous Muslim-majority nation in the world. Eighty-seven per cent are Muslims, 7 per cent Protestants, and 3 per cent Roman Catholic. The remainder are Hindus, Buddhists and others.

There have been many attacks against Christians in Indonesia over the years, by militants pursuing an aggressive form of Islam that identifies with the aims of groups like Al Qaeda or Islamic State.

Through its network of partners, Release International is supporting persecuted Christians in Indonesia and some 25 countries around the world. 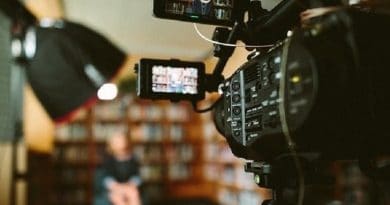 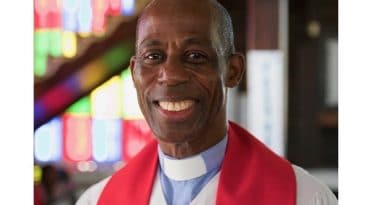