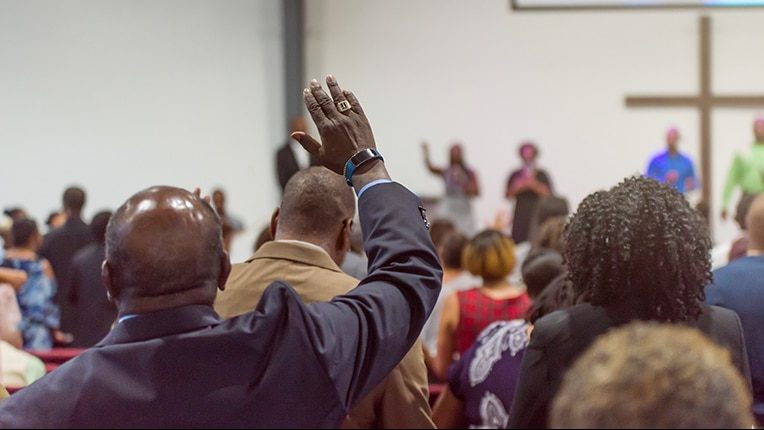 In an extract from his latest book, ‘Windrush and the Black Pentecostal Church in Britain’, Roy Francis writes about the rise, growth and challenges faced by the African Church

In the 1900s, a sailor from Nigeria, Daniel Ekarte, started a church for Africans in Liverpool. In 1906, another African, Thomas Kwame Brem-Wilson, a schoolteacher from Ghana, started a Pentecostal church – the Sumner Road Chapel, in Peckham, South London. Sixty years later, Africans were again in Britain, but this time largely as students sent by their newly independent governments to acquire the skills and education needed for development. In the 1970s and 80s, their offspring, many born in Britain, were back again, but this time they were joined by a new wave of Africans, who had also come in search of work and economic opportunities.

Many of those who came were Christians and, as the West Indians before them, were surprised at how unchristian Britain was and how ungodly the nation had become.

It didn’t take long, however, for them to start establishing their own churches, and today African churches are among the largest and fastest growing congregations in the country.

This growth has had several effects. In the first place, it has helped to boost the overall level of church attendance in the country, as well as it has helped to change the perception that Christianity in Britain is in terminal decline. London is the place where this is seen, and it is in London where there has been the greatest area of growth. For example, between 2005 and 2012, church attendance in London has grown from just over 620,000 to over 720,000, a 16 per cent increase. Today in London, 48% of all churchgoers are Black, and South East London has seen the largest concentration of African churches anywhere in the country, with an estimated 240 Black Majority churches concentrated in the London Borough of Southwark with over 20,000 congregants. But what do we know of African churches?

Undoubtedly, those of us who have watched the growth of these churches cannot fail to be impressed. Take the Redeemed Christian Church of God which started in 1988 with 20 members. Today it has over 800 parishes, 80,000 members and an increasing national profile. The rise of Kingsway International Christian Centre and the other major African churches is no less impressive. But how were African churches able to do this?

One of the first things to know about African churches is that they are the first to seek out warehouses, former bingo halls, shop fronts and abandoned halls to buy. Once they have bought them, they furnish them to a high level, kit them out with the latest technology, and install the latest PA systems, lighting and multimedia technology to provide a new and modern worship experience. Some of their buildings are indeed impressive, and their interiors can psychologically convey a positive message to anyone visiting the church for the first time. Many of these buildings communicate a ‘wow’ factor, which says that something ‘good’, ‘important’, or even ‘big’ is happening in that church, and that they should be a part of it.

Establishing a church is one thing, but knowing how to grow it is another, and here African Christians can teach churches in Britain a thing or two. Apart from using all the traditional means to grow their churches, African churches today couple this with extensive use of digital technology and social media. Today,most African churches have their websites, YouTube channels, stream their services, and are likely to be on all the main social media platforms. They know that almost anyone – especially the young – are likely to have had an online experience of their church before going through the doors, and as such, they make sure that their online presence is impressive.

Behind establishing their churches and ‘aggressively’ growing them, is the concept of ‘Reverse Mission’, which is prevalent among many African churches, especially those in the Redeemed Christian Church of God. The idea of ‘Reverse Mission’is a reversal of the way that missionaries once brought Christianity to Africa, and now Africans believe that Britain needs evangelising, and it is their Christian duty to bring ‘Britain back to God’. Many African churches pursue this strategy, and plant churches wherever and whenever they can. They started first in the inner cities, and now they are stretching out into the rural areas of Britain. But will ‘Reverse Mission’ work?

The jury is still out, and several realities may not make this as easy as it might sound. Undeniably African churches are having a huge impact in Britain and have completely changed the Black Pentecostal landscape of the country, but I’m not sure the average White person – Christian or non-Christian – will necessarily take kindly to the idea that they need to be evangelised! As Brits, they are likely to say that they have their own Christianity, thank you very much, and are happy with it. Moreover, as so much of religion in Britain is both class and culturally based, I’m not sure whether British people are ever going to take to ‘vibrant worship’, and what Black Pentecostals call ‘an encounter with God’, – perhaps not in the way that Black Pentecostals understand this. Their Christianity perhaps emphasises a more ‘rational’ response, rather than ‘an encounter with God’, which to Pentecostals is an emotional outcome, no less effective, but an emotional response, nonetheless.

Perhaps all that African churches can realistically hope for in this area of ministry is to be a lighthouse, a standard-bearer, a ‘light set on a hill’, and with this, become an example for others and the nation to follow, rather than seek to ‘convert’ as the missionaries once did – and not always in a manner that has been historically useful to Black people, at all times, in all places and all situations.

African churches also face an existential threat. As immigration in the UK falls – and as Africans and Caribbeans make up less than 3% of the population – if African churches are to be successful in their desire to evangelise Britain (‘Reverse Mission’), they will need to attract White people into their churches. Pastor Agu Irukwu, who heads the Redeemed Christian Church of God in the UK, seems to accept this.

“I feel a church has to be open, has to reach out to all the groups wherever that church is – exactly what the missionaries did. London, especially, is a multicultural melting pot, and if a church is in London, it should aim to look like London. The Redeemed Christian Church of God has embarked on a radical programme of change. Society is changing rapidly. If the church doesn’t change too, it will be irrelevant in five to 10 years. We’re going to chuck a lot of what we do because it just doesn’t work.”

Another challenge that African churches are likely to face in the future – and one that has confronted Caribbean churches before – is how much of their worship experience and traditions will the next generation retain and carry forward? I suspect, like many second, third and even fourth British Caribbeans, the next generation of Africans are likely to reject many of their parents’ religious practices and seek out new contemporary expressions of their own. Unlike the Caribbeans before, unless African churches devise plans to keep their young people in their churches, and find ways of keeping them from being ‘overwhelmed’ by the increasing secularisation of British society, they are likely to go the same way as Caribbean young people, who have now largely left the church and, where they have remained, are seeking out new and modern expressions of worship. The signs are already there for the Africans; their millennials are increasingly looking away from their parents’ church, and are seeking out multicultural and multi-ethnic churches, which they find attractive, and they are beginning to flock there.

Today African churches are very much part of our city landscape, and are flourishing in our inner-city areas – just as Indian corner shops once did. They have a blueprint in the Caribbean Christian experience in Britain to draw from – both good and bad – but they need to be mindful they do not sacrifice their unique cultural expressions of Christianity on the altar of modernity, multi-ethnic and multi-racial imperatives. Identity is everything, whether spiritual or cultural, for it is consciousness – the belief in who we are, and not who we think we should be or would like to be.

Thankfully, young Africans in the secular world seem to be grasping this, and through their writings and music are beginning to reclaim their heritage and expressing this in their songs, their literature and in the way they dress. I trust that African churches will follow likewise.

‘Windrush and the Black Pentecostal Church in Britain’ is available from www.royfrancis.co.uk

The truth behind Christian publishing by Vanessa Grossett