I recently read an article in the Guardian newspaper where they featured Yaa Gashasi an American – Ghanaian author who wrote the book Homecoming. She was expressing her experiences of being a black author.

She stated that Homecoming climbing back on the New York Times bestselling list after the murder of George Floyd and so many African-Americans was bitter sweet, she is making a living from the pain of the past. Also the questioning that black authors get asked when they are being interviewed compared to their white counterparts is totally different. They get asked about the craft of their writing, whereas black authors feel that their work is treated like some kind of medicine.

She also stated that ‘we shouldn’t be back here again,’ and ‘when it seems like all is changing for some it is not.’

After all the black lives matter and anti –racism protests, has the publishing industry taken heed and has changed the way they operate, to be a more welcoming platform for black professionals?

Looking back on my own experiences I am pleased to say there has been some positive changes. Publishers are more receptive about receiving manuscripts from black authors, and are open to the main characters being black, brown or from another ethnic group.

In the past when I would submit manuscripts on behalf of my clients, editors would tell me it has no ‘commercial value.’ Underlying tone books by black authors don’t really sell and people won’t understand the characters or buy it. Which we know is a myth.

Unless a black author was a celebrity or an established writer, the new authors would not get a chance even if they had a brilliant manuscript. This is why many went onto self-publishing because of the frustration they had with being overlooked, and some have been very successful at it.

Now editors are a lot more accepting, willing to review material, provide contracts, a lot less dismissive and pleasant to communicate with.

Another main positive change is publishers have been advertising internships particularly for those in underrepresented groups. Publishers are talking with groups like the Black Writers Guild to find out what they can do to improve going forward, to make the industry a better platform for black professionals.

There definitely does need to be improvements in terms of management and editors within publishing houses especially the major ones as there is not enough cultural diversity behind the scenes, especially now there is a call for writers from different ethnic groups.

Also the statistics for the amount of new black authors being published is still low in the UK. Some publishers still see it as a risk investing in black authors or other ethnic groups, when there clearly is a need for more books that represent different cultural backgrounds. They need to stick to their commitment in making sure they publish a certain amount of books from ethnic writers and do more not just in front of the scenes, but behind the scenes.

We still need to do our part.

Some writers are skeptical about the changes, because there has been a lack of trust and division between black writers and publishers, some believe this is just too good to be true and can miss out on opportunities. Writers need to see this as a great opportunity to get there work out there.

Though publishers are accepting more underrepresented authors, writers need to remember that they are a business, and books still need to sell. Therefore writing about oppression, slavery, and racism though can be accepted is not always commercial value. We also need positive representations of our culture and not always write about the oppression.

When there is applications for an internship apply, publishers still not do get enough applicants from ethnic groups. This is a chance to learn about the industry, and to put views across that publishers may not be aware of.

In conclusion yes there is still a lot to be done, but there are positive changes as people are no longer willing to be silent. We need to start seeing each other as people, we all exist for a reason in this God given planet, and all have a part to play make the world better fairer place. 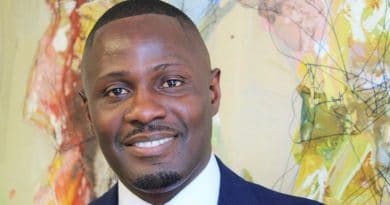