Myanmar’s Christians have been telling Open Doors partners of how they are living in constant fear, following February’s coup.

With the internet shut down, communications from the country have been few and far between. However, Open Doors’ partners in Myanmar have been able to share the experiences of Christians there.

“Every day I hear gunshots and sounds of grenades near my house. Most homes do not turn on lights after 8 pm and nobody makes any noise. We stay indoors during the day too. We cannot go out except for groceries and taking out the rubbish. I live in the middle of Yangon without any security.”

Due to the current unrest, many businesses have closed. Families are without food and other essentials. Some pastors in Central Myanmar are distributing food packages to both Christians and non-Christians who are facing hunger and difficulties because of the coup. One pastor, Zaw, donated 77 pounds of rice to the poor in his church’s neighbourhood. He also helps and encourages other pastors from remote rural areas through phone calls.

Pastor Chit* and his congregation have fled to the jungle for their safety. They have dug the ground, made a hole and stay there most of the time. Since the price of food has doubled following the coup, Pastor Chit and his community forage for roots and leaves from the jungle.

Pastor Kyaw* leads a small church in an area where martial law is imposed. Because of the daily gunfire near the church, all their activities have been suspended. The pastor and his wife had to move to another town but then fled for the second time. Pastor Kyaw told Open doors: “We fled again because the army was recruiting more soldiers.”

Many are at risk of being forcibly conscripted into the army. One pastor in a remote village told Open Doors’ partner Lwin*: “Last week, the village chief was asked to recruit 30 men for the military. Now the Christians, including the pastor, are hiding in the forest.”

According to Lwin, people are frustrated, hopeless and under a lot of stress as there is no sign of a resolution to the situation.

Christians  already faced serious persecution in Myanmar and many fear that they will be further targeted during the current conflict. The country is embroiled in what is currently the longest running civil war anywhere in the world. The predominantly Christian communities of Chin, Kachin and Karen. Christians are particularly vulnerable to attacks by both insurgent groups and the army.

Due to much of the fighting taking place in states with a large Christian minority, 100.000 Christians are currently living in displaced persons’ camps, without food and medical care. Violence against Christians continues to increase in the form of detentions, attacks on their homes, rape and sexual harassment.

Myanmar is number 18 on the Open Doors’ World Watch List, a ranking of 50 countries where it is most difficult to be a Christian. 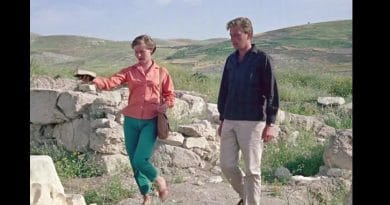