Chinese authorities have taken down online Bible apps from app stores in the country, along with major Christian chat accounts.

According a tweet by Father Francis Liu of the Chinese Christian Fellowship of Righteousness, users of Christian chat sites on the Chinese platform We Chat were greeted with the message “[We] received report that [this account] violates the ‘Internet User Public Account Information Services Management Provisions’ and its account has been blocked and suspended.”

“Sadly, this doesn’t come as a surprise,” Says Dr David Landrum, head of Advocacy for Open Doors UK & Ireland. Since President Xi Xinping came to power we have seen a concerted and strategic wave of persecution against Christians, with the use and abuse of technology at the forefront of this religious cleansing.”

This weekend’s move is the latest in a series of actions by the Chinese Communist Party to remove the Bible and Christian influence from society.

Bibles have rarely been on general sale in China even before Xi Jinping’s new regime. It is no longer available for sale online, and physical versions are only available for sale in state approved Three-Self Patriotic Movement churches, along with party propaganda.

“Plenty of people have already got a Bible app,” says Dr Ron Boyd-Macmillan director of research at Open Doors International. “However, the State already knows who has downloaded these. Members of the Chinese Communist Party have already been questioned about owning the app. And as China’s Social Credit System is rolled out, which seeks to punish unpatriotic behaviour, owning and continuing to use a Bible app could disadvantage or compromise you.”

The moves coincide with further official tightening of regulations, by which the church in China are controlled.

All state-approved churches and leaders are registered by China’s State Administration for Religious Affairs (SARA). Roman Catholic priests require official approval from SARA to be employed in the Church.

“Clearly, the Chinese Communist Party sees the growth of Christianity in China as a threat to its wealth and power,” says Dr Landrum. “It knows that freedom of religion is the foundation for many other human rights and civil liberties, and that the Bible always speaks truth to power. That’s why it is trying to close the book.” 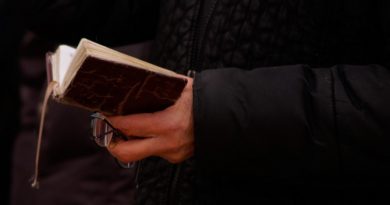