A Christian couple, who decided to use their professional communication skills to profile stories of hope, have recorded 100 individuals in 4 days as part of the Captain Tom 100 challenge. Anne Buckland, who is Senior Communications Manager at the charity, Mercy Ships and her husband Joel, CEO of We Do Stories, used their networks to source, record and produce 100 podcasts, which they hope will inspire listeners to keep going as the country begins to move out of lockdown.

Included in 100 Stories of Hope were a variety of voices from charities including Mercy Ships, Mind and Soul, Christians Against Poverty, World Vision, a BBC presenter, A gardening expert, an author, and many others. The voices came from a mix of faith and secular arenas.

“The story of Captain Tom and the 100 laps he completed around his garden, raising over £38 million in the process for the NHS, truly captured a nation. His incredible achievement showed the nation the story of someone carrying on, and just trying to do their bit. It gave people hope. We wanted to mark the anniversary of what would have been Captain Tom’s 101st birthday, doing our bit to share stories of hope that we hope will be an encouragement to everyone who hears them.”

Each of the episodes were uploaded as they were recorded over bank holiday weekend and are now live at www.100storiesofhope.com. It was a momentous achievement for the couple and came the same weekend as their 10 month old walked for the first time.

“In normal circumstances, recording this number of stories would be a logistical challenge, but to do it in four days and managing a active 10 month old made it feel an even greater achievement. Our hope is that, not that these would be a short term campaign but rather a resource that can help people across the country and even the world hear how others have coped with similar experiences and give them inspiration to keep going.”

As part of the campaign, Anne and Joel were also raising money for Mercy Ships.  Two out of three people worldwide do not have access to safe, affordable surgery.   The Stevenage based charity is an international development charity that strengthens and supports existing healthcare systems in the world’s poorest nations by delivering vital, free medical care through surgery and training local healthcare professionals on its teaching hospital ships and in communities.

To listen to the podcasts and to donate to the fundraising page, visit https://anchor.fm/100-stories-of-hope. 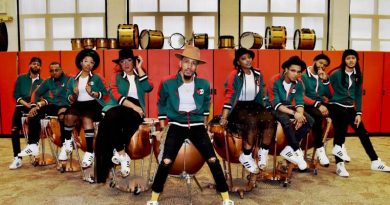