Truro Cathedral’s 35 choristers aged 8-18 are rallying schools and choirs from around the world to sing a new joyful but poignant song by Peter Hobbs and Sir Tim Rice, directed at world leaders as they gather in Cornwall in June for the 2021 G7 Summit. An emotive music video has been produced, and over 13,000 voices have signed up so far from 18 countries. Sing2G7 is releasing the Gee Seven single this Friday, and with schools throughout UK already learning the song, numbers are rising daily, with 50,000 being the target by the time Summit begins.

The Sing2G7 initiative, led by volunteers, is inviting young singers across the globe to join Cornwall’s children to deliver a musical message to world leaders. The singers are being encouraged to learn, sing and share their renditions of Gee Seven. Free sheet music and other music teaching resources can be downloaded today via www.sing2G7.org and singers are invited to post their recordings of the song online using the hashtag #sing2G7 and tagging in @Sing2G7. The organisers also plan a ‘mega-zoom,’ joining together for a global rehearsal just before the summit in June.

Sign-ups to take part range from individuals in lockdown and school choirs, to Brownie packs and a South African township choir. Other international sign-ups include singers in Alaska, Australia, Canada, Germany, Spain, Japan, Portugal, Malaysia, Malawi, the UAE, South Africa, the USA and Vietnam. Over 130 primary schools in the UK are taking part, as well as 16 cathedral choirs.

In addition, free cross-curricular classroom resources on G7 agenda themes and leadership are available for schools in the form of an Edu-pack created by teachers at Sing2G7 partner Truro School.

A recording of the song by the Truro Cathedral Choristers will be released by Right Track Records on Friday 7th May and will be available on Spotify and iTunes. All of the choir’s royalties will be donated to UNICEF’s Give the World A Shot campaign: https://www.crowdfunder.co.uk/unicefs-covax-appeal/backers#start.

The Sing2G7 initiative is the brainchild of Chris Gray, Director of Music, Truro Cathedral and Esmé Page, Founder of the charity Cornwall Hugs Grenfell, who worked together in 2018 on the song Grenfell From Today which saw over 6,000 voices worldwide join in musical solidarity to mark the first anniversary of the Grenfell Tower fire.

‘Kids today have a desperate need to speak to power and be heard and this is a joyful but powerful way for them to do that,’ says Page. ‘I envisaged the G7 summit filling our screens but, for our children, remaining remote (despite happening on our doorstep), neither relevant to them nor interested in their ideas. My ten-year-old is frequently in tears over the plight of endangered species and feels powerless: ‘Who will listen to me, I’m just a child!’ he says. Our vision is that this song will amplify children’s voices, creating such a loud, united, joyful sound that their powerful message will be un-ignorable and their voices take their rightful place, at the heart of discussions which decide their future. As leaders prepare to sit down to talk, children of the world will be standing up to sing. This year has been especially disempowering and isolating for children, so it’s poignant that music can bring together children of all backgrounds and cultures in this shared purpose. We hope their voices will indeed be heard!’

About the song Gee Seven

The song, Gee Seven, is a gift from lyricist Tim Rice and composer Peter Hobbs to Truro Cathedral Choristers, specifically for the Sing2G7 initiative. It was specially arranged for their voices by Joseph Wicks (The Gesualdo Six). Aimed at young children, the catchy song takes an extravagant romp around the number seven throughout history. ‘I wanted to write a song that is fun and toe-tapping so that children enjoy singing it.’ says Rice. Towards the end, the song shifts emotionally, pointing to the fragility of ‘our only earthly home’ and ending with an urgent message to G7 leaders to collaborate and take their responsibility seriously to each other and to the rest of the world:

Gee Seven – don’t let the others down

Gee Seven – don’t forget the not so fortunate

Gee -Seven – or we’ll run you out of town

‘In the context of history and science, we are very, very small and this is just our moment in time,’ continues Rice. ‘We’re saying to G7 leaders, you just happen to be our leaders in this moment, so watch it.’

We were delighted when Sir Tim agreed to write a song for us for the project. One of the many beauties of ‘Gee Seven’ is that every child can enjoy singing it. Whether in a choir or virtually at home, everyone can join in and we hope they will. Music has the power to connect and move us beyond all barriers, even Covid. We’re excited to see thousands keen to join us already and look forward to hearing many different renditions as singers start to post them online.’

The song video of the choristers singing, shot by a large pro bono creative crew led by Director of Photography Chris Yacoubian, is intercut with footage to bring home key concerns of climate change and world poverty, so close to children’s hearts.

Choristers comment on what the project means to them

The Gee Seven song video ends with reference to the title of Greta Thunberg’s pocket book, ’No one is too small to make a difference,’ a sentiment echoed by choristers discussing their part in the programme.

‘We’re the future and we’re going to have to deal with this environment stuff. We’re younger than them (the leaders) and we’ll outlive them and if they keep doing it wrong, we’re going to have to live with it. For example, I want them to decide to stop using coal because it’s ruining everything,’ says chorister Lawrence (11), continuing, ‘All of us singing the song will make a difference because they might listen to it and they might like it and then they might change their minds about some of these things we’re singing about. Every single word we sang matters. We didn’t waste any words,’

‘It’s made me think about how I use my voice and what I want to say with it. It’s really important that as young people we all know that we can be heard. The song is playful but it has a deeper meaning – we all need to work together and go past our differences to look after each other and the world.’ 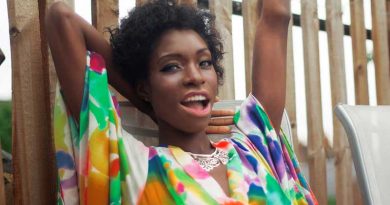 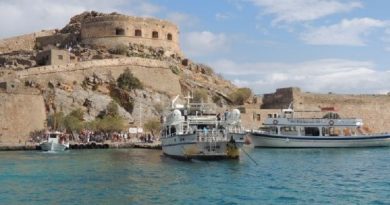