Two young girls, Nia Lewuka, aged 15 and Brianna Kayla Lynch, aged 12, were deeply moved by the killing of George Floyd in May, 2020.  They were so moved, they wrote a book about racism called Why Are They Crying?, which is the latest title from black children’s publisher BlackJac Media.

Nia and Brianna have used Why Are They Crying? to collate words, feelings and views about racism from a wide range of Black role models and celebrities and they are gearing up for the online launch of the book on Sunday 13 June at 5pm.

Publisher Juliet Coley, who is also a Christian stated,

2020 was a tumultuous year for the whole world, due to the pandemic; and yet in the midst of it, people of all races and ages, across the world protested against the murder of George Floyd by a police officer, and to support the slogan Black Lives Matter.

It’s easy to forget the impact racism has on the lives of young people, so it’s an understatement to say I was surprised when Nia and Brianna-Kayla stated that they wanted to write a book about it.  They pleaded with me to let them write this book – how could I refuse? I am happy to say I am very pleased with what they’ve created. 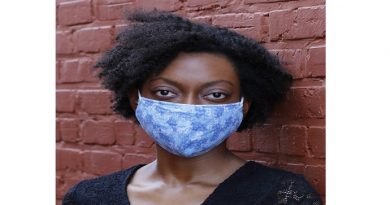