‘The Queen of Lovers Rock’ Carroll Thompson today announces the 40th anniversary reissue of her seminal album Hopelessly In Love. The newly remastered 1981 classic is out today across DSPs and will be released on special colour vinyl and CD for National Album Day on 15th October via Trojan Records, whom she has recently signed to. Alongside this, Carroll has revealed plans for a 11 date Hopelessly In Love Anniversary Tourthis autumn, playing shows in London, Manchester, Birmingham, Bristol and more – full tour listing below.

Having taken the British music scene by storm in 1980 with her classic single ‘I’m So Sorry‘, which stayed in the top 10 of the country’s reggae chart for over four months, her breathtaking follow up ‘Hopelessly In Love‘ and album of the same name ensured Carroll Thompson‘s enduring legacy. The album would go on to sell over 1 million copies, earning her the affectionate title ‘The Queen of Lovers Rock’, having been a driving force in the surge in popularity of this uniquely British genre that’s influence continues to be felt today. With its gentle and enticing sonics designed to take you from the dance hall to the bedroom, Hopelessly In Love soundtracked the romance of a generation and has been lovingly dubbed “the album that triggered the baby boom”, as well as recently being voted The Greatest Lovers Rock Album of All Time by readers of MOJO Magazine.

Remastered and re-presented in its original sleeve, the vinyl version has been pressed on high quality 180g colour vinyl, while the CD and digital collections include 6 bonus tracks, all of which have been unavailable in any format since the early Eighties. With both physical versions further augmented by newly written sleeve notes and rare imagery from Carroll herself, Hopelessly In Love finally receives the deluxe treatment its status and profound influence has long since deserved.

An award-winning singer, songwriter, and composer, who not only performed and penned all her work, but also co-produced the vast majority of it, including all of Hopelessly In Love, Carroll Thompson has arranged and provided vocals for luminaries including Michael Jackson, Sade, Stevie Wonder, Pet Shop Boys, B.B. King, Annie Lennox and many more. She was included in Evening Standard’s 100 Best Black Britons list, has received an Outstanding Contribution To Black Music Award, was Barclays UK ‘Woman of Merit’ for 2007 and her musical achievements are currently being collated by the Jamaican government as part of the UNESCO Cultural Global Heritage Initiative for the protection & recognition of reggae music. Having just signed a deal with BMG & Trojan Records, fans can expect to hear more from Carroll in the near future.

From its inception in 1968, Trojan Records changed the British musical and cultural landscape, bringing a new sound and ethos to the world. Introducing the music of Jamaica to the UK and wider audiences, brought the likes of Lee ‘Scratch’ Perry, Desmond Dekker, The Pioneers, Bob Marley, Prince Buster, and Jimmy Cliff to a mainstream audience. Now part of the BMG family, the label celebrated its 50th anniversary in 2018.

Bonus Tracks 11-16 (only available on digital album and CD)

Does your choir want to win a prize? 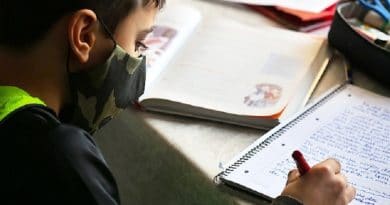 #BackToSchool campaign launched with information for parents and pupils