In the aftermath of WWII, a handful of Christian airmen and women surveyed a world where aircraft had been used for defence and destruction. The question stirring their hearts was: ‘Could planes used so effectively for war bring God’s love to unreached pockets of Central Africa and beyond?’

Joining as members of a fledgling charity named Mission Aviation Fellowship (MAF), Betty Greene, Stuart King, and Jack Hemmings became the first aviators to survey remote areas never reached by air. It was a true adventure of faith, and saw the Gospel penetrate unreached areas of Central Africa and Latin America for the first time.

For Stuart and Jack, MAF’s pioneering survey from London in 1948 lasted six months. With little more than a map, compass and flimsy wooden Miles Gemini aircraft, the pair plotted a route across Libya, Sudan, Kenya, and the Belgian Congo using the River Nile as their guide.

Discovering hundreds of remote mission outposts in need of a humanitarian air service, MAF’s founders realised that with the help of light aircraft, emergency cargo, medical equipment, and Christian missionaries could travel safely and efficiently, saving many days by land.

The team pressed forward with increased momentum. It became MAF’s mission to make sure the most isolated communities on earth received the essentials they needed to thrive.

But MAF dedicated itself to helping the Church grow and flourish in many parts of Sub-Saharan Africa; helping evangelists cover new ground never imagined without the speed and safety of light aircraft.

In the 1950s, many of the indigenous communities Stuart encountered in Sudan had never seen a plane. ‘They looked closely at us foolhardy people who travelled in such a strange and dangerous vehicle,’ he recalled. ‘But we started bringing in doctors or getting seriously ill patients medical care and our aircraft became a welcome sight. We put a name on its nose in Arabic: Asfur Allah, ‘God’s bird.’

In the 1970s, a young Maasai received a Heavenly awakening in Tanzania, and felt called to take the Gospel to remote, nomadic tribes. Elisha Moita – aged 16 – began on foot, confronting dangerous wildlife and excruciating heat. Encountering MAF in 1985, Elisha’s ministry was transformed. ‘Before I was alone with many dangers,’ he says. ‘But MAF is a wonderful help to see miracles. Evangelism can go further and faster than ever before.’ Elisha has been a regular MAF passenger for almost 50 years, and hundreds of Maasai have received the Good News.

Throughout the 1980s, 90s, and into the new millennium, MAF became a world-leading responder to natural disasters. Flying relief experts to places devastated by earthquakes, tsunamis, and famine, MAF aircraft have reached the most vulnerable communities with emergency help in the face of desperate need.

Inspired by the bravery, vision, and faith of MAF’s founders, thousands of skilled and compassionate pilots, engineers, and ground-staff have enrolled to take life-saving cargo and the Christian Gospel to the furthest corners of the world. 1,000 of MAF’s 1,300 employees are local people – comprising 12 African, 6 South American, 7 Central-Asian, and 9 European nationalities.

Still rooted in its founding desire to reach isolated communities with no access to education, infrastructure, or healthcare, today MAF delivers lifesaving cargo across more than 25 developing countries worldwide. From a handful of post-war veterans to 1,300 staff, the award-winning, trusted air service has grown to become the world’s largest humanitarian airline.

Above and Beyond is MAF’s new lavishly illustrated history, recalling key moments in the organisation’s inspiring mission. Decade by decade, this book takes the reader on a 75-year journey, including inspiring stories, moving accounts, and fascinating facts about the extraordinary countries, aircraft, and remote communities where MAF serves.

Through the pages of Above and Beyond, readers can travel to the very ends of the earth and discover what it really means to fly for life. 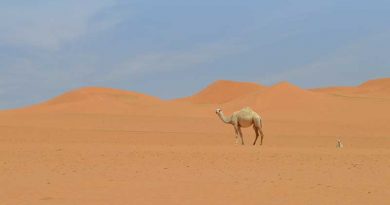 A Very Special Christmas in Riyadh by Linda Sage 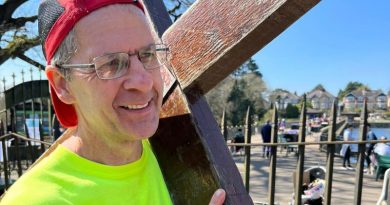