This ‘spiritual’ is an uplifting guitar-driven – organ-heavy – blues meets folk production that takes you back to Church stomping -hand clapping – revival days.

Produced by Manchester-based Dan Stirling, the album is a compilation of songs written to challenge the listener’s ideas of love, be the forgotten voice of
women, and share Emma’s story.

Speaking about her latest single release – “This song tells the story of my first spiritual encounter, the first moments that I had with Jesus when I was 14 years old. After a near-death experience in the midst of the crisis I heard the words “Call on the name of the Lord and be saved”, I did exactly that. I shouted out the name “Jesus”!! I experienced profound peace in the presence of extreme fear, and a miracle happened. I walked away unhurt from a serious car crash and a complicated and dangerous situation that I had been in. I chose then to pursue this Jesus that I had encountered by going to my local church the following Sunday to explore faith, which happened to be a friendly lively Pentecostal, hand-clapping, all-singing, dancing, tambourine shaking, soul-moving movement. My spiritual awakening that night shaped the rest of my life, and I am so honoured to have had the privilege to tell others about it in this song.

Often compared to the likes of Adele and Tracey Chapman, Emma Mould has been singing professionally since 2015 and has never looked back. She has since played at various venues across the city and has contributed to BBC Radio.

‘Call’’ will be available to download and stream on all major outlets including Spotify, Itunes, Google Play, and others. 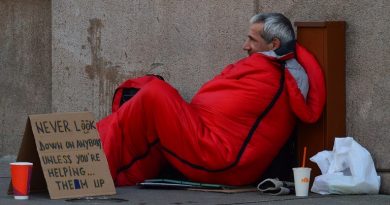