The #YouCanAdopt Black adopter campaign has relaunched across Greater Manchester to encourage Black adults to consider adopting local Black children, who are both overrepresented in Manchester’s care system and more generally across England.

Nationally, Black children make up 8% of those waiting to find permanent homes and in some areas of Manchester, this number is even greater. They also wait longer to be adopted than white children.

The national campaign aims to address this issue by removing misconceptions and barriers that might be preventing Black people from adopting, and help them realise you can adopt, for example:

While it is not mandatory for children to be matched with adoptive parents who share the same ethnicity, many adoptive parents tend to seek children who share a similar history and heritage so a low number of Black adopters is one reason more Black children remain in the social care system.

The lack of Black adopters, and finding permanent families for children of Black and mixed-heritage backgrounds is a challenge faced by many adoption agencies in Manchester and across England as a whole.

We are very aware that 32% of our children are from Black, Asian and minority ethnic backgrounds, whereas only 12% of our adopters match these ethnicities.

Of those 32% of children, 19% are identified as Black or mixed heritage,” Spray continues: “We do not currently have sufficient adopters to place our Black children with families whose heritage and identity reflects their own – and this is something we need to address.

Jennifer, who is from Manchester and of Black Caribbean heritage, has two adopted boys who are not related by birth, says: “In the Black community there is often a stigma around not being able to have birth-children, which has a knock on effect on those that are willing to step forward to adopt.”

“When you put things into perspective, and think about the large number of children out there that need loving and nurturing parents, you soon realise that other people’s thoughts and concerns about you and your family pale into insignificance,” Jennifer continues, “Being a mother to my sons is the greatest thing I have ever done, and I encourage Black people that would like to be parents to consider adoption.”

Norman G Goodwin CBE, chief executive adoption Chief Executive Officer at Adoption Matters, an independent specialist voluntary adoption agency (VAA) which operates in the North West and North East of England, North East Wales, Yorkshire/Humberside and Staffordshire and Shropshire, says: “Children of Black Caribbean, African or dual heritage ethnicity, wait on average 20 months for a family, longer than any other children currently waiting. This additional wait time is partly because agencies will try and ‘match’ a child with parents of similar ethnic and cultural background, which can cause delays as there aren’t enough Black adopters available to adopt Black children.”

Goodwin continues: “Generally, some people think the adoption process takes a long time, but this is no longer the case as a high percentage of our adopters go through the process within the 6 month – 2 stage process which is part of the national minimum standards.”

There is a lot of support available to help potential adopters understand and navigate the process, which is quicker than it has been previously. If people are considering adoption, I urge them to think about the children and what they may be able to offer them and do their own research or visit the nearest adoption agency for advice.

Spray also encourages people interested in adoption to speak to a member of Manchester’s adoption ambassador street teams who will be out and about in key parts of Manchester – over the next three weeks – such as Moss Side, Old Trafford, Gorton North, Fallowfield, Ardwick Piccadilly, and Moston. Amongst many things they will speak to local residents to help raise awareness of adoption, dispel myths that are preventing members of the Black community from adopting, and signpost people as to where they can go to get more information.

To find out where they are going to be and for more information about adoption visit www.youcanadopt.co.uk/blackadopters 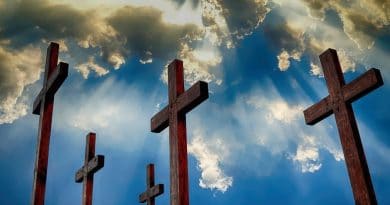