Independent Artist Christian Music Association-winning singer, rapper, songwriter Ashante P.T. Stokes aka PTtheGospelSpitter started as a backing vocalist in R&B and Hip Hop and has gone on to become a rising gospel artist.

Who Is PTtheGospelSpitter?
PT entered the Nashville-based Gospel Music Association’s IMMERSE competition in 2010 and made it through the semifinals using his own original lyrics in his first and only appearance. Early releases like “Understanding God” and “God is Love” established his appeal to R&B and Gospel fans which helped to make his single and music minifilm “Salvation RMX” an audience choice success. PT currently has a No. 1 single “SfTK (Feat. Emcee N.I.C.E.)” The August 27 2021 release of “Live in Me (Feat. Miquel)” is his second collaborative work.

South to the North
PT is from Atlanta, Georgia where he was raised as a youth chanter at Wheat Street Baptist Church and playing handbells at Hillside Presbyterian Church. His mother sang in the Gospel choir which traveled in the US and abroad often with PT in tow. He lived in Georgia until age 13.
His parents moved to Connecticut where he attended middle school at Woodrow Wilson and high school at Middletown High. He began singing for talent shows at schools and at Christian work camps supported by the Presbyterian Church the family attended. His music of choice was R & B.

The Ohio Valley
His senior year of high school he won both the indoor and outdoor state dash titles and accepted a track scholarship to Ohio University in Athens. PT still competed in talent shows and performed during artist showcases on campus. He also accepted Jesus as his Lord and Savior and was baptized, joining the local Church of Christ.

Welcome (Home) to Atlanta
PT returned to Atlanta after graduation. Upon his return from IMMERSE PT has had the opportunity to work with classical Soprano, Maria Clark as his vocal coach, and a series of professional engineers and producers. The rest he is proclaiming – Lord willing, of course – as history in the making!

His chart-topping “SfTK feat. Emcee N.I.C.E.” spent 16 weeks and 18 weeks at the top on BDS radio internet Gospel and Christian Hip Hop respectively. BDS radio launched the CHH panel on March 7 2021 making “SfTK” a dual charting hit and the historic first #1 for the CHH chart! PT a/k/a Ashante P.T. Stokes or the Bad Boy of Gospel, is looking forward to similar runs with his latest release, “Live in Me feat. Miquel”.

“Live in Me” will quickly catch the attention of the listening public. 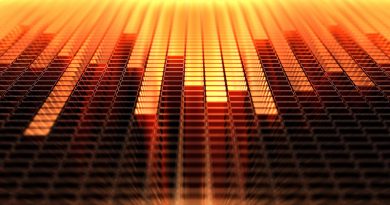 Catching up with The Voice finalist, Michelle John