The Boys’ Brigade UK and RoI has elected Rev Dez Johnston to the role of President.

The uniformed youth organisation provides opportunities for children and young people to learn, grow and discover in a safe, fun, and caring environment which is rooted in the Christian Faith.

Dez, an ordained Baptist Minister, is the Director of Alpha Scotland and was recently appointed as Europe, Middle East, and North Africa Youth Director for Alpha. Before becoming a Christian, Dez worked as a nightclub bouncer in Glasgow – the city where The Boys’ Brigade began in 1883.

Dez experienced drug and alcohol problems, before meeting his future wife Fiona, who challenged his ideas of faith. This led to him reading the Bible and going along to Church. He was invited on an Alpha Course, which turned the questions he had about whether God exists into a belief that God loves him.

After becoming an ordained Baptist Minister, Dez went on to join Alpha Scotland as their youth coordinator, before becoming Director in 2018 where today he serves and supports Churches across the country.

Dez, who succeeds Lord Leslie Griffiths who stood down from the role last year, commented:

It’s amazing to be joining the BB family as President. I’ve been working together with the BB over the last three years and have loved being involved and seeing for myself the work that is going on. I know I might not look like a President, but then again what does a President look like? More importantly, I’m excited about being part of the BB’s work to advance Christ’s kingdom and of supporting their vision of young people experiencing life to the full.

I am delighted to welcome Dez as our new President. As a Christian youth organisation we are determined to build and to strengthen our partnerships both locally and nationally with the Church. We believe that Dez will be able to support this work and that we will be able to learn from his experiences of working interdenominationally. Dez has an incredible passion for the love of Jesus which is at the centre of our work.

After a challenging last 18 months, BB groups across the UK and RoI are now restarting their face-to-face activities for the new school year and are open to new children and young people joining the BB family.

You can find your nearest BB group at boys-brigade.org.uk/join 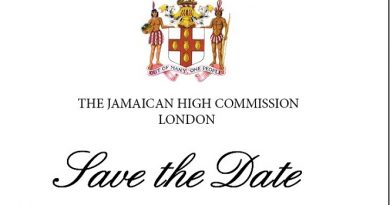