Today, as I listen to the headline news scrolling through all my media channels, I am struck by these words of Bob Marley’s song, War.  Some days I feel we are at war – whether due to ethnic and racial tensions, culture and fundamental beliefs, environmental catastrophes or protecting women and children (and all too often it’s a blend of these). The result is thousands are migrating and fleeing to find safe refuge in different cities and nations.

You may have seen the slogan ‘Refugees Welcome’ across your newsfeed, and from the stories being told across television and radio, I am learning that, across the UK, people are opening their hearts and lives to refugees and saying ‘Welcome’ in a range of innovative ways. Some are supporting refugees to access education and housing, or to restart their careers. Others are helping them overcome trauma or have their voices heard. Local churches are also playing their part by becoming part of the Welcome Church network, by helping those who have lost homes and family and are recovering from trauma (www.welcomechurches.org).

Seeking the welfare of the city where people have arrived, leaving a former life behind, is something the prophet Jeremiah spoke of. He was one of the feistiest, most outspoken prophets of the Old Testament, mostly urging the people to stay true to their faith and to look after each other if they wanted to survive. But all his warnings were in vain, since the people had been forced into exile, they were a long way from home, and had to live in a different regime and culture.

The people were cut off from their temple, from the Promised Land, from all that had held them together as a people. Their very identity as the people of God seemed to be in crisis., On reflection, however, those now living in the new reality realised Jeremiah’s words were words of comfort and hope.

He does not tell them to cut themselves off from their new city or to denounce it for its failings; he calls upon the people to settle, and to pray for their new city, to work for its peace and prosperity. The land may be strange and some parts unwelcoming, but they are not cut off from their God. And neither is Babylon, but Jeremiah insists the people must still pray for it. They must put aside their hatred and despair, and see others as fellow citizens and children of God, caught up together in the drama of life.

Similarly, we also see something of what that new covenant means in the gospel story, when Jesus heals Jewish and Samaritan lepers together. These people were outsiders, excluded from all society by the highly contagious disease that took their health and their freedom. The Samaritan was doubly excluded by the ancient law that set his people apart from the Jews. As we learn, they are both healed by Jesus and then reconciled, and Jesus extends His power and mercy towards them, without questioning their identity or their background.

Today’s world can feel just as fractured and divided as those ancient empires. We’re all too well aware of how anxiously we cling to what we want and to what we feel makes us special, sets us apart, and gives us an illusion of power and control. A language of conflict and competition can easily arise, as groups strive for domination and victory at each other’s expense, seeing themselves as locked in battles to defend themselves and their identities.

We all know how dangerous this can be, as relationships break down and human beings slide into discord and violence, unable even to see each other as fellow human beings. But we need not despair or lose hope. God is present in the disturbing and unsettling questions raised by experiences at the margins, and offers to us a new covenant. It is a covenant that embraces all peoples and all places, to which all are invited equally, and in which all human diversity can be drawn into a harmonious unity. Our theology needs therefore to be transformed into a public theology if it seeks legitimation from and by the wider society.

As people of faith, we are called to close the gap between the brokenness of what is and what ought to be. We are called to a standard of truth-telling, even if that truth is uncomfortable, inconvenient, and costly. 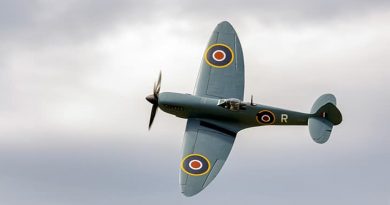 Climbing and not Crashing by Pastor Stephen J Thurston, Jr