With Black Lives Matter in the headlines, and the Archbishop of Canterbury’s call for diversity in church and society, CRE National 2021 (Oct 12-14, Sandown Park, Surrey) will run a unique, three-part series on the Windrush Legacy.

The initiative will be presented by Roy Francis, a former BBC TV Songs of Praise producer, music consultant, agent, and author of Windrush and the Black Pentecostal Church in Britain (Filament Publishing).

“There are a lot of misunderstandings about Windrush,” said Roy. “CRE National is the ideal place to celebrate what Windrush Christians brought to Britain, and the impact their inheritors – African Christians – are now having on the country.”

The first presentation will look back at the music Caribbean Christians brought to Britain in the 1950s and 1960s. Produced by Roy Francis and featuring the Ken Burton Singers, the presentation will show how choruses and songs made popular by the Billy Graham Crusades, ‘Gentleman’ Jim Reeves, American spirituals and Edwin Hawkins (in particular ‘Oh Happy Day’) influenced Caribbean worship, and remain a fitting legacy of Black Pentecostal faith today.

A mixed bunch arrived in Britain in the 1950s and 1960s – ordinary workers, pastors, nurses, teachers, students and members of churches. They came to help rebuild Britain and brought their liturgy, music and songs. Les Isaac of the Ascension Trust and co-founder of Street Pastors will show how West Indians established their churches in Britain – and will assess their legacy.

Why are there are so many African-led churches in Britain today? What do they believe, what is their purpose, and why are they growing so fast? What is ‘Reverse Mission’, and why is it central to their theology? David Shosanya, former Regional Director of The London Baptist Association and a speaker, theologian and African minister, knows this church community intimately and will offer many of the answers. 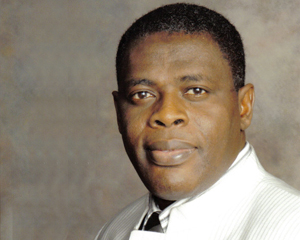