In celebration of International Day of the Girl 2021 (11th October), WOW – Women of the World, run by UK charity The WOW Foundation, will present a WOW Sounds music programme showcasing a line-up of girl bands from across the world. Girl bands have a long legacy of creating genre-defying music and shattering gender norms; this is a new generation of young people continuing to challenge the gender disparity and racism in the music industry.

Recent studies show how underrepresented women are in the industry: a landmark US survey reported that from 2019 to 2020, female artists fell from 22.5% to 20.2%; female songwriters decreased from 14.4% to 12.9%; and female producers declined from 5% to just 2%. The research also took a representative sample of 600 songs between 2012 and 2020, of 23 individual women credited as producers just seven were women of colour, resulting in an overall ratio of one woman of colour to every 180 male producers.

WOW Sounds is WOW’s dedicated music programme to champion such under represented artists, and features girls, women, and non-binary musicians from across the world, all of whom are using their music to create social change and further the feminist movement. This International Day of the Girl curated WOW Sounds programme will celebrate and connect young women and non-binary artists around the world

Since 2012, 11th October has been marked as International Day of the Girl to highlight and address the needs and challenges girls face, whilst also promoting girls’ achievements and the fulfilment of their human rights. WOW has marked the day with celebrations and mentoring since the beginning.

As part of their International Day of the Girl celebrations, WOW have today also announced plans to release the next edition of their Young Leaders Directory. The directory includes over 40 girl and non-binary activists aged 11-19 who are known for their work – both in their home countries and globally – in areas including climate justice, period poverty, girls education, sexual violence, disability, race, health and more. Presented in partnership with Purposeful, WOW will hold two private virtual convenings to bring together these activists to connect, share ideas and learn from one another to help establish a new network. A global online directory will be published on the WOW website to provide these 40 activists with a platform to share their work with girls all over the world. The inaugural global directory, launched in 2020, can be accessed here.

WOW’s other activity around International Day of the Girl includes their annual speed mentoring session on the lastminute.com London Eye on 8th October, where 150 girls and 150 mentors will take to the sky for 15-minute sessions to explore their dreams and aspirations.

WOW will also present WOWsers: A Creative Explosion, an exhibition supported by BBC Children In Need’s impact programme focused on children’s mental health, A Million & Me. Over the past 10 months, more than 70 girls and non-binary people aged 10-16 years old from across the UK have worked with WOW and more than 20 artists and experts. The project encouraged participants to explore activism and gender equality in a fun and accessible way. Meeting monthly online to discuss the issues that matter most to them, they have created artworks as a result, spanning photography, film, spoken word, poster making and drawing. The exhibition will launch on 11 October to celebrate International Day of the Girl, and will be available to the public to explore on WOW’s website.

WOW Festivals began in the UK in 2010, launched by Jude Kelly at the Southbank Centre London, where she was then Artistic Director. Through festivals, events, and more across the global, WOW celebrates women, girls, and non-binary people, and takes a frank look at what prevents them from achieving their potential; raising awareness globally of the issues they face, and discussing solutions together. WOW, now run by UK charity The WOW Foundation in partnership with organisations across the world, is a global movement for gender equality.

The WOW Foundation is proudly supported by its Global Founding Partner Bloomberg, and Global Partner Mastercard. 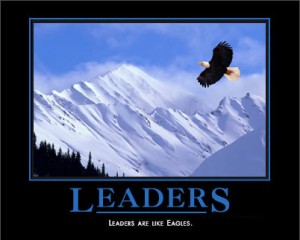