A first-of-its-kind Master’s programme led by a renowned African academic is the first step towards a movement of post-colonial missionaries, according to CMS, where mutual learning across cultures is embedded from the start.

“I grew up in Africa, so I know what an empowered African church can do,” says Dr. Harvey Kwiyani, who has been officially announced as programme lead for the MA in Theology, Mission, and Ministry with a focus on African Christian Diaspora at Church Mission Society.

This new MA pathway, part of CMS’s Pioneer Mission Leadership Training, brings together the unique mission focus of CMS training with the fastest growing part of the church in Britain – the African diaspora. Ten students have joined the new African MA pathway, alongside 23 other starting new courses with CMS this year, from undergraduate-level study to doctoral research. Specialised modules will take these students on a journey through African church history, Pentecostalism and African traditional religions.

“I hope this Masters will help empower and equip the African church in Britain,” says Dr Kwiyani, “and that will help in the re-evangelisation of Britain. But I’m also excited that we are creating an intentional space within CMS where African and British students can learn together and learn from each other.”

The widely recognised shift in the centre of gravity of world Christianity towards the global south has clear implications: “Fifty years ago, a typical missionary would be a white European working somewhere in Africa,” says Dr Kwiyani. “Now Africans have to engage in mission in ways they have not done before.”

Dr. Kwiyani is himself an example of this: a Malawian missiologist and theologian who has lived, worked and studied in Europe and North America for the past 20 years. His new part-time role as programme lead at CMS goes alongside another new part-time role, as CEO of Global Connections, the UK network for world mission, cementing his place as a key figure in the global mission conversation.

Jonny Baker, director of mission education at CMS, said: “We’re really excited about this new programme of study and the mix of students it will bring. We hope and expect that it will change us, as well as equip a wider range of students for pioneering mission.

We are dreaming that in the coming years we will be able to introduce similar pathways with an Asian and a Latin American focus, to create the broadest possible inter-cultural conversation about mission today.

A Raisin in the Sun 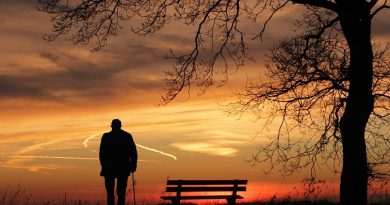 ‘No One Understands!’ Lessons for Lonely Sufferers

Black Church leaders respond to Commission on Race and Ethnic Disparities: The Report