A Salvation Army toolkit for use in school RE lessons or youth clubs will help children understand more about modern slavery and encourage them to raise awareness of the issue.

The church and charity believe that starting conversations early with children about this difficult subject will help raise general awareness which in turn will mean more people will know what to do if they are worried someone is being forced to work as a slave.

The toolkit, called ‘True Story’ launched ahead Anti-Slavery Day on October 18 with a teen edition for ages 13 and over, and a pre-teen version aimed at children aged 7-12.

Both toolkits use the real-life experiences of three modern slavery survivors known as Lydia, Fredek, and Tee* alongside activities that help unpack the subject in an age-appropriate way. Actions the young people are encouraged to take include fundraising, keeping companies who use slave labour accountable, or raising awareness of the reality of modern slavery on social media.

Major Kathy Betteridge, The Salvation Army’s Director of Anti Trafficking and Modern Slavery, said: “We know that modern slavery is a tough subject and it’s hard for adults as well as children to understand that people are being treated as slaves in the UK today. However, children appreciate honesty and are also incredibly passionate campaigners.

“The toolkit helps children learn about this sensitive issue while offering actions they can take to help us tackle modern slavery. Even talking to their parents or taking to social media will make a difference. Slavery thrives in secrecy and the more we can do to raise awareness, the more chance there is that people will report their concerns.

Lydia’s story features in the tool kit. When her Dad died, she and her family struggled to make ends meet where they lived in Uganda, until a stranger offered her a well-paid job as a nanny in Dubai.

However, Lydia’s passport was taken from her and she was forced to work long hours unpaid looking after 5 children with just a concrete floor to sleep on and leftovers to eat.

But her story ends with hope. She says: “The Salvation Army collected me and took care of me. They gave me a home and taught me how to make jewellery. They looked after me until I knew I could look after myself.”

As well as working internationally, The Salvation Army provides specialist support for all adult victims of modern slavery in England and Wales, working with a network of partners running safe houses and outreach support. This resource is based on the stories of people we have helped.

*names have been changed to protect identities. 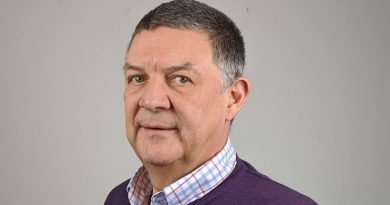 Charity Warns Millions Of Benefit Claimants Are On A Sinking Ship