Dr. Imafidon completed A-Levels in mathematics and computer science at the age of 11, and by the time she was 20 had become one of University of Oxford’s youngest ever masters graduates. Alongside presenting, she is the CEO of social enterprise Stemettes which aims to engage young girls and non-binary people with STEM and to create a more diverse and balanced science and tech community. On her upcoming role, Dr. Imafidon said: “It has been a ride and a half keeping Rachel’s seat warm. Unlike anything I’ve ever done, and I’ll probably never get to do something so iconic ever again! Thanks in advance to everyone who tunes in to see how I got on…and big thanks to Rachel!”

The scientist and mathematician hosted the maths round during Channel 4’s Black to Front Project, alongside Sir Trevor McDonald, and will now reprise this role alongside series host Anne Robinson and lexicographer Susie Dent.

Countdown is an ITV Studios/Lifted entertainment production for Channel 4, it is overseen by Jayne Stanger, Commissioning Editor, Daytime & Features. 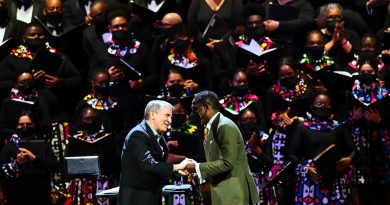