FROM THE LOSS OF THREE BUISNESSES TO A PILLAR OF SUPPORT IN HER LOCAL COMMUNITY: GAYNOR’S STORY OF BREAKING FREE FROM DEBT

A recent report from debt counselling charity in Scotland, Christians Against Poverty (CAP Scotland), highlights that 45% of CAP’s clients did not know where to seek help, and half had waited over a year before seeking debt help. Figures* published by Acountancy in Bankruptcy (AIB) revealed that between April and June 2021, there were 1,210 approved Debt Payment Programmes (DPPs) under the Debt Arrangement Scheme (DAS), compared with 841 for the same quarter from 2020-21, an increase of 43.9%. CAP Scotland have launched their new #BreakFree campaign across the country, encouraging those with problem debt to engage with CAP’s free debt help services, which are available across all local CAP centres in Scotland.

Below is Gaynor’s story, a previous client of CAP Debt Centre in Greenock and Inverclyde.

Gaynor, now a ‘Community Connector’ in her area and a CAP Money Coach, found herself in a build-up of debt almost a decade ago, following the failure of three businesses in 2013. Unable to tell anyone about her debt, her partner left her the day he realised the situation, the same day she closed the doors of each of her businesses. To outsiders, she came across as a carefree, fun young woman, but behind closed doors she was in a crippling state of anxiety and depression, struggling to find a reason to live.

Describing her mental state Gaynor says “I was an absolute mess. I was the life and soul of every party, and everybody wanted me at theirs, but I would leave each one, go home and I would literally curl up in a ball on the floor and wail …”

With a lack of job opportunities in her area, the debt continued to accumulate and while the partying remained her only temporary escape, in 2015 she found herself in an abusive relationship. Gaynor describes the ending of this relationship in 2016 as a turning point in her journey, the night before Easter Sunday.

I was done with the parties; they weren’t helping anymore. I was finished with that whole lifestyle. I remember my friend who came down that night — she handed me a can of cider and I took one look at it and thought, “I don’t even want that”. I was suicidal, I had done everything I possibly could, and I just didn’t see the point in living anymore.

On Easter Sunday 2016, Gaynor visited a local church and met Alastair who went on to become Centre Manager at the CAP Centre in Inverclyde. Her experience at this church service gave her a sense of joy that she carried with her as she began making vital steps towards breaking free from problem debt.

Having a found faith and a new sense of joy, Gaynor says “I was filling out my expenditures on the workbook and yet I still had so much joy. The Cap Money Course helped me draw a line and address my financial crisis. I called the Cap Debt number and within 2-3 weeks I had a meeting with Alisdair… my debt screamed from £9k to around £50k due to the loss of value of my home but I still felt at peace.”

In 2017 Gaynor became the first client of the CAP Debt Centre in Inverclyde. CAP took on all contact with the debtors on Gaynor’s behalf and the pressure began to ease. Seeing an improvement in her mental health, Gaynor was able to secure a stable job.

Two years later, in 2019 Gaynor was diagnosed with stage 3 breast cancer and during that time of ill health, was unable to work. Being just four months away from qualifying for sick leave on full-pay, Gaynor applied for Universal Credit and couldn’t continue making the instalments on her debt re-payment plan. This time around, Gaynor decided to reach out for help straight away, “This time I didn’t feel any kind of shame and I phoned my dad to ask for help with the aim of paying him back and he just said, ‘I’ll pay it, and I don’t want it back.’”

During this period of ill health Gaynor became involved in a local charity through a connection she made on the CAP Money Course. While undergoing treatment and feeling driven by the needs she witnessed in her community as a volunteer, she decided to begin training to become a CAP Money Coach in 2020. After joining the CAP Job club, she also established a new career as ‘Community Connector’ in Inverclyde — a role she now describes as her ‘calling’.

I am passionate about helping others out of financial crisis. Since becoming a Community Connector in Inverclyde, I receive referrals for Food and Financial issues. As I draw alongside people, I begin to see the truth of their individual struggles. I have made many referrals to the local CAP Debt Centre for these people to receive the help I did and in turn, set them on a more hopeful path, free of money worries and anxiety.

During various lockdowns in 2020, Gaynor helped to facilitate three CAP Money Courses online in Inverclyde. She also went on to set up a food-share programme with a ‘zero waste’ ethos, securing a premises, drivers, and volunteers, they were able to pick up food from local supermarkets at night and prepare the stock to give away the following morning.

For more information on how to start your journey in breaking free from debt go to www.capscotland.org. 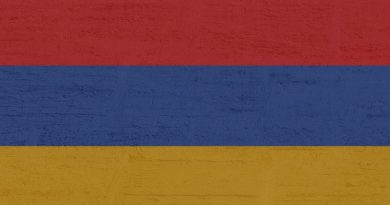