An inspirational Salvation Army leader and war veteran who raised thousands for charity and parachuted into Normandy on D-Day has died after a short illness.

Commissioner Harry Read, 97, passed away on Tuesday, 14 December. In June 2019 Harry did a skydive into Sannerville, Normandy with the Red Devils as part of the 75th D-Day anniversary commemorations, raising more than £20,000 to support The Salvation Army’s work with survivors of modern slavery. It was only the second time he had parachuted since landing in Normandy in the early hours of 6 June 1944, D-Day.

After his skydive, Harry met a fellow D-Day veteran, Paul Golz, who had been fighting for Germany. During their meeting Harry told Paul: “Once we were on a different side but we are partners together in the rebuilding of the world.”

And at the end of their meeting, Paul Golz said to Harry, “we are friends” to which Harry responded, “We are more than that, we are brothers.”

As a 20-year-old Royal Corps of Signals wireless operator in World War Two, Harry was a member the 3rd Parachute Brigade of the 6th Airborne Division, landing in Normandy 77 years ago.

Harry had seen veterans taking part in skydives previously, and after visiting the Normandy battlefields on an anniversary tour in 2018, he was inspired to try one for himself.  Ahead of his skydive for the 75-year anniversary of D-Day, Harry decided to try a practice dive a little closer to home and booked into The Old Sarum Airfield in Salisbury on 14 September 2018 to do a test jump.

As well as being a passionate Salvationist, he was a proud great-great-grandfather.

In 2016, Harry was awarded the Chevalier of the Légion d’Honneur for the role he played in the country’s liberation from the Nazis in June 1944.

In July 2019, Harry was awarded The Salvation Army’s highest honour – The Order of the Founder.

Ahead of his skydive in 2019, Commissioner Harry told the Press Association:

I will enjoy the jump. There are very real and definite pleasures in parachuting. It might be a little bit tricky, but I’m willing to have a go.

But also in my heart, I will be thinking of my mates. I get very moved when I think about them. I have lived one of the most fulfilled lives that it’s possible for a person to live and they haven’t.

I will stand in that cemetery and I will be speechless and I’ll weep.

At the time of his skydive, Harry shared how age should be no barrier, he said: “At whatever age we are, we are more than capable of shrinking from something that we feel is beyond us. But, I believe we should not withdraw from a challenge – yesterday is not our best, our best is tomorrow.”

“A bold, caring, and innovative leader who challenged us all to be brave and to dare greater things for Jesus Christ. His legacy of poems and songs is a treasure trove of inspiration and insight that will continue to help us in the days ahead.”

Harry Read’s family would like people to donate to The Salvation Army’s work with victims of modern-day slavery. Please follow the link to donate https://harryread.muchloved.com/ 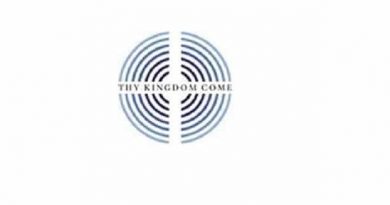