Queen’s Award-winning Gospel Temple Apostolic Church have produced their debut feature documentary, Women in Church Leadership, which was screened at the British Urban Film Festival on Thursday 9th December 2021 in Brixton. Directed by the recently installed pastor, Rev. Jason Young, the documentary explores the underrepresentation of female leadership in the church as a result of a succession of male leadership. It put forward the story of women who had been silenced in the past but have now become a collective voice to speak on behalf of Caribbean women in the Apostolic Church who experienced resistance. But although it’s the first feature documentary for Gospel Temple, it’s not the first film for the director.

In 2009, Jason directed his debut feature film titled ‘The Novelist’ which was screened at the BFM Film Festival in November 2009 at the ICA. Fast forward to 2021, he directed a hybrid podcast with animated elements titled ‘Samuel Sharpe’ which was screened at Flickers Rhode Island International Film Festival (https://prog.tsharp.xyz/en/riiff/39/film/7340/Samuel-Sharpe) in August 2021. ‘Women in Church Leadership’ is his first feature documentary.

The Contributors
The documentary features women pastors such as Pastor Meva Barnett-Burrowes, Rev. Lola Brown, Pastor Penny Gordon, and Pastor Claudette Young and brings a distinctly female voice to the church leadership debate at a time when women’s voices are no longer obscured. These women come together to tell their stories of the challenges that they faced on the journey towards church leadership.

Documentary director, Rev. Jason Young said: ‘In the year when I was ordained and installed as the Pastor of Gospel Temple Apostolic Church in Ponders End, I am so pleased that as part of our Chronicling Caribbean Stories project we were able to chronicle the stories of Caribbean women who faced challenges in the church but came out successfully at the other end to tell their story. This feature documentary brings together my background as a filmmaker and my calling in the church.’ The film can be viewed on the Bohemia Euphoria platform.

Gospel Temple has also championed the cause of women by producing a rehearsed reading of The History of Mary Prince at the Culture Palace in Enfield on Friday 3rd December 2021 and will put on a contemporary knife crime drama rehearsed reading at the same venue on Friday 14th January 2022.
(https://www.dugdalecentre.co.uk/events/ambition-must-go-rehearsed-reading). 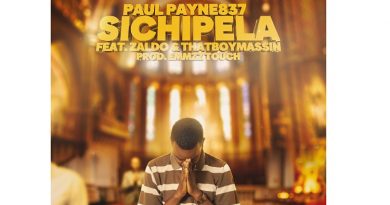