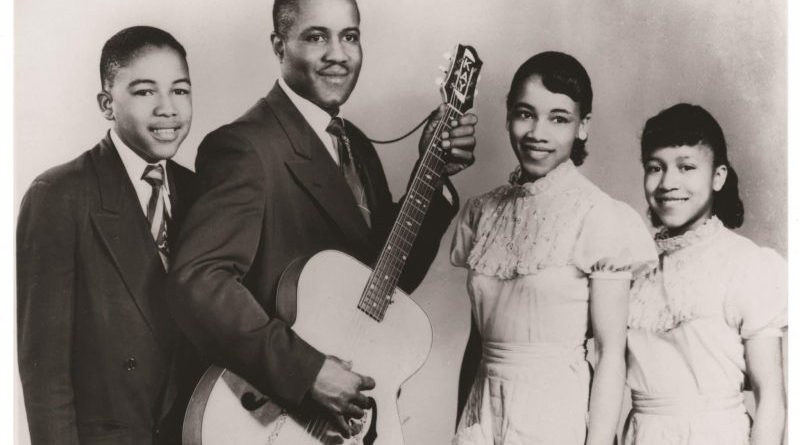 The year of 2021 was a rough one because the coronavirus pandemic continued to steal lives. It was also a tough year because the world lost some of its most iconic personalities such as actress Cicely Tyson and four of the beloved stars of The Mary Tyler Moore Show – Ed Asner, Gavin Mcleod, Cloris Leachman, and most everyone’s favorite Golden Girl, Betty White. The world of faith and gospel music also lost some beloved people too.

January kicked off in a bad way when Duranice Pace of The  Anointed Pace Sisters gospel group,  passed away of a severe infection on January 14th at the age of 61. She had become known for her social media posts that featured her bold vocals and bigger-than-life personality. She had recently performed on Steve Harvey’s TV talk show to much acclaim and was in talks to make her dream come true of performing on Broadway.

A few days later, Winfield Parker, who opened the 1960s as a saxophonist for Otis Redding and ended the decade as a rising R&B star, passed away January 18th of coronavirus at the Gilchrist Center in Howard County, Maryland.  After a short prison stint in the early 1980s, he began recording gospel music and one of his most popular recordings was “Sending Up My Timber.”  He was 78 years old.

Frederick “KC “Price, Pastor of The Crenshaw Christian Center in the Los Angeles area, passed away of COVID complications on February 12th at the age of 89. From 1978 to circa 2010, he taught weekly lessons on prosperity and victorious living on the nationally syndicated “Ever Increasing Faith” television broadcast that reached millions every Sunday morning.

Christian showman, Carman (Carmelo Domenic Licciardello), one of the best-selling and most popular Christian recording artists ever,  passed away February 16th at the age of 65.  He survived a bout with cancer, but an infection from hiatal hernia surgery took his life. At the height of his career, he filled sports arenas with his must-see live theatrical show that usually required no money for admission.

Earl Simmons was better known by his stage name of DMX (Dark Man X). He was an influential rapper who became known for tracks such as “X Gon’ Give It to Ya” and the “Ruff Ryders’ Anthem.” He had battled various addictions since he was tricked into using drugs as a teenager.   While serving a prison sentence, he became a born-again Christian. In recent times, he had conducted an online Bible study and reportedly had recorded a gospel album.  He had a cocaine-induced heart attack on April 2nd and fell into a coma. He never regained consciousness and passed away on April 9th at the age of 50.

Popstar, BJ Thomas (best known for recording “Raindrops Keep Falling o My Head”), had a spiritual awakening in the 1970s and began to record a string of best-selling gospel albums. He earned nine GRAMMY®  Award nominations during his career and all five of his wins were for gospel recordings. He died of lung cancer on May 29th at his in Arlington, TX.

Pervis Staples, an original member of the Rock and Roll Hall of Fame-inducted gospel group, The Staple Singers, passed away on May 6th in Dolton, Illinois at the age of 85. In the early 1960s when he sang with his father (Roebuck “Pop” Staples) and sisters (Mavis, Cleotha, and Yvonne), they were known for songs such as “Uncloudy Day” and “Pray On.”  Staples, who went on to become an artist manager and entrepreneur, left the group before they hit the mainstream in the 1970s with classics such as “Respect Yourself” and “I’ll Take You There.

James Lott was the director of the resident choir at Bishop Larry Trotter’s Sweet Holy Spirit Church in Chicago for three decades. In addition, he was the CEO of the church’s recording label that released albums that produced Bishop Larry Trotter & Sweet Holy Spirit hits such as “Trouble Don’t Last” and “It’s Only a Test.” After a lengthy illness, he died on  June 5th at the age of 53.

Sipokazi Nxumalo (aka SK), a soloist with the multi-GRAMMY® Award-winning Soweto Gospel Choir for 14 years, died suddenly of cardiac arrest on August 16th at her home in Johannesburg, South Africa at the age of 37.

The coolest quartet king around, Lee Williams of Lee Williams & The Spiritual QCs, passed away on August 30th at the age of 75. The raspy baritone was known for gritty traditional songs such as “Can’t Run,” “Learned to Lean,” and “Colling Water.” For the last few years, he suffered from dementia and retired from performing in 2018.

A preacher’s daughter who shot to fame as a member of the `70s soul trio, Labelle (known for R&B classics such as “Lady Marmalade” and  “Isn’t It a Shame”), Sarah Dash, had recorded a club-styled gospel song, “Something on the Inside,” in 2019.  She passed away suddenly on September 20th.

Shawn Mclemore was a singer’s singer. His big bold voice produced four solo albums. However, he was best-known for co-leading the James Fortune & FIYA classic, “I Believe,” that spent 19 weeks at No. 1 on Billboard’s Gospel Airplay chart in 2010. After a decade of heart issues, he passed on October 9th at the age of 54.

Bishop John Henry Sheard, who pastored the Greater Mitchell Church of God in Christ in Detroit, died November 11th at the age of 85. His wife of 64 years, Wille Mae, passed away of coronavirus on April 19, 2020, at the age of 84. “He recovered from the virus, but family members believe he never got over complications related to it. He died at the Rehabilitation Institute of Michigan in Detroit where he had been for a couple of months according to his sons, ” according to a report by Cassandra Spratling in the November 15, 2021, edition of The Detroit Free Press.

Joe Simon hit the apex of fame as an R&B artist in the 1970s with #1 hits such as “Power of Love” and “The Chokin Kind.” In the 1980s, he left the R&B industry and began to evangelize as a traveling preacher. He also recorded some gospel sides such as the 1998 CD, “This Story Must Be Told.” He died on December 13th at the age of 85.

Ralph Carmichael had a wonderous career. In his early years, he scored incidental music for the “I Love Lucy” TV show and later composed theme songs for television shows and films. He became a top arranger for Popstars ranging from Nat “King” Cole to Ella Fitzgerald. However, he made his biggest mark as the founder of Light Records, the Christian recording label that launched the careers of Andrae Crouch, Walter and Tramaine Hawkins, and The Winans, among others. He died on October 18th in Camarillo, CA at the age of 94.

Bishop Desmond Tutu was a theologian and a Nobel Peace Prize-winning human rights activist who rose to fame as an anti-apartheid leader in South Africa. He died of cancer on December 26th at the age of 90.

Finally, Bishop Ernestine Cleveland-Reems passed away on December 29th. at the age of 92. She was the Founder and Pastor Emeritus of Center of Hope Community Church in Oakland, California. Over the years, her dynamic and engaging speaking made her an in-demand conference speaker. She was also the aunt of gospel music legend, Tramaine Hawkins. I briefly worked with Bishop Reems in 1997 when I was promoting Zondervan’s African-American Devotional Bible. She was one of the featured contributors and it was a joy to arrange interviews for her with media outlets such as USA Today. All these big personalities made huge contributions to their respective fields and the world is a lonelier place without their presence.