Mary’s Meals has today (Thursday, 13 January) announced that it is now working in Yemen in the Middle East. The global charity is serving nutritious food at school to children affected by one of the biggest humanitarian crises in the world, with conflict devastating the country for several years.

The UK-based charity provides school meals for children living in some of the world’s poorest countries – including Malawi, Haiti, Ethiopia, Syria and South Sudan. The promise of a daily meal attracts hungry children to the classroom, where they receive an education that can, in the future, be their ladder out of poverty.

Life is very difficult for people in Yemen, with ongoing conflict heavily impacting the country’s economy and causing high levels of poverty and food insecurity – approximately 21 million people (or 70% of the population) are in need of humanitarian assistance. This includes more than 11 million children.

Millions of people have had to flee their homes in search of safety and many children are malnourished. Since the conflict began in 2015, the number of school-age children not in education has doubled and many have to work to survive.

Magnus MacFarlane-Barrow, founder of Mary’s Meals, says: “Mary’s Meals always has a desire to support those in the greatest need. Given that Yemen can be described as the biggest humanitarian crisis in the world, and so many children are suffering, we are delighted to begin serving our daily school meals there – meeting the immediate need of the hungry child and, crucially, at the same time, enabling their education.”

In Yemen, Mary’s Meals is serving substantial and nutritious pitta bread sandwiches, filled with various ingredients to suit local tastes alongside fruit and vegetables, to more than 4,000 children at four schools every school day.

The charity is working in partnership with established international NGO, Yemen Aid, to reach children living in the Al Mansoora district of Aden. This district is particularly vulnerable as it is home to a large number of internally displaced people and other marginalised populations, who all experience high levels of hunger.

Mary’s Meals began in 2002 by feeding 200 children in Malawi. It now reaches more than two million children every school day in 20 countries around the world.

The charity is currently running a match funding campaign, Double The Love. Donations made to Mary’s Meals until 31 January 2022 will be doubled by a group of generous supporters, with up to £1.6 million available.

Magnus adds: “Feeding children in Yemen is an important moment in our mission but we are always thinking of the next child waiting for our nutritious meals. That’s why I’m so pleased that donations made to Mary’s Meals this winter are being doubled by a group of generous supporters – meaning we can reach even more hungry children around the world with a life-changing meal at school.”

For more information on the work of Mary’s Meals and to donate to Double The Love, please visit marysmeals.org.uk 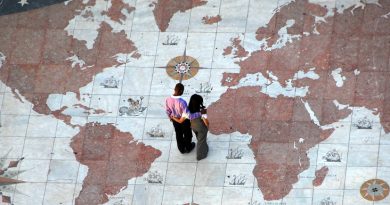