“Education is the key that unlocks the golden door to freedom,” states George Washington Carver, a man born into slavery in the late 19th century.

Carver’s education enabled him to defy the odds and become a prominent scientist in the early 20th century promoting sustainable crops and farming methods. Like Carver, many people would credit education as one of the keys to their success. Yet, across the world, 258 million children do not attend school, and 617 million cannot read or do basic maths according to UNESCO.

International development charity World Vision knows that education is a basic human right and works in more than 100 countries to overcome barriers to schooling. On the International Day of Education, World Vision is highlighting how its IGATE initiative (Improving Girls’ Access through Transforming Education) has helped improve the educational prospects of more than 123,000 youngsters in Zimbabwe.

The four-year scheme was rolled out between May 2017 and October 2021 across nine districts of Southern and Southwestern Zimbabwe. The initiative was so successful Zimbabwe’s Ministry of Education is set to use the IGATE materials nationally.

IGATE reduced barriers to education for girls in a country where they often face harmful traditional and religious practices. The girls may also be expected to do housework and a long commute to school means less time for chores. Meanwhile, worries about the safety of a commute, early marriage, and motherhood may keep girls out of the classroom.

IGATE addressed these issues, working to improve schools that were poorly resourced. It also targeted girls who were not in school. Many of those girls, with little or no education or self-esteem, were given the chance to learn, increase their confidence and begin to teach their peers. They have gone on to become role models for other girls in their communities.

Support and training for 1,717 teachers and 319 headteachers helped improve pupil engagement. The impact was clear with 95 percent of students reporting that teaching had improved. “There has been a change… Before they would just let us all write our work, whether everyone understood or not. Now we do group work and help each other,” said one girl who took part in IGATE.

Community Engagement projects addressed the norms and attitudes that block girls from education. This included a process to help girls report abuse and violence and the creation of 298 child protection committees. Community Champion Networks enhanced child protection efforts during lockdowns. In addition, 266 communities launched ‘back to school’ campaigns, some of them identifying and tracing ‘at-risk’ girls.

The key to IGATE’s success was a “sustainability-first” approach, working within the system and with local stakeholders. Vital to achieving the results was the utilisation and strengthening of local resources to ensure that projects could be sustained and scaled.

Mark Sheard, CEO of World Vision UK, says: “Famous historical figures like George Washington Carver have inspired generations by defying the odds and going on to do great things despite humble beginnings. Similarly, every teacher and child who has seized the opportunities offered by IGATE in Zimbabwe are equally inspiring. However, globally there is so much more to be done. No child should be denied an education, yet across the world, 11 percent of primary-school-aged children and 20 percent of lower-secondary-aged children are not in school.  World Vision will continue to work in more than 100 countries, bringing hope, transformation, and education opportunities to children and the communities in which they live.”

Find out more about World Vision UK’s work to provide the opportunity of an education for children in poorer communities here. 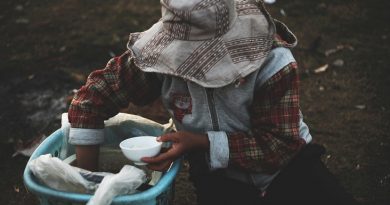 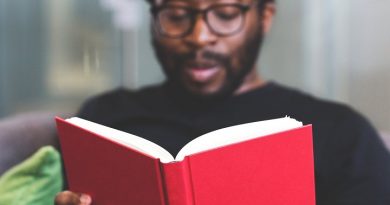