During the past 10 months, community organisation the Waltham Forest, Antigua & Barbuda, and Dominica Twinning Association (WFTA) has been reaching out to victims of the Windrush Scandal, to help them make a claim to the Windrush Compensation scheme (WCS).

The WFTA was officially appointed by the Home Office in April 2021 to share details of the WCS scheme to victims and help them apply for compensation.

Mervin Caesar-John who has served as WFTA Chair for the past 4 years explained, ‘I know of one person personally who is a victim of this scandal.  She is someone I would never have dreamt would be affected.  And if this scandal has impacted her, there are others in the same boat who I don’t know but who will need assistance from organisations like the WFTA to make an application.”

The Windrush Scandal – whose roots are in the hostile environment towards black immigrants created by the Tory Party during the 2010s – resulted in British nationals, predominantly members of the Windrush Generation, being denied their civil rights.

Some were denied re-entry to the UK upon arriving from trips to the Caribbean and had to go back to the islands.  Others were taken from their home and placed in detention centres.  Some had their passports taken, others lost their jobs and income, and were denied benefits and medical care.

A passionate speech made by David Lammy MP in the Parliament in 2018, about the Windrush Scandal, was heavily covered by the media and brought the issue to the forefront of wider public attention.

For the past 10 months the WFTA has been working, alongside lawyer Pauline Campbell encourage victims to come forward.

The WFTA have held several online and in-person events providing information about the Home Office compensation scheme and supporting those who want to make a compensation claim.

I know some people are scared to come forwards as they want to stay beneath the radar because they are scared and untrusting of the Home Office and fear that immigration might come after them.  We’ve been informed that this will not happen.

I want more people come forward to access compensation.  Those people who have suffered because of the scandal and haven’t had any income they must apply.  The WFTA is here to help them through the process.  We will first have a talk to see if the person is eligible, ad if they are, help them through Applying for compensation is the second part of the process as, firstly, it has to  be ascertained if people are eligible to apply.

A salute to the Queen by Rev Canon J. John 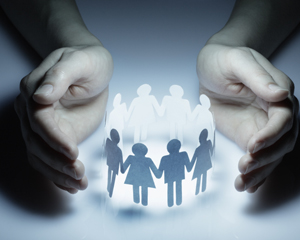