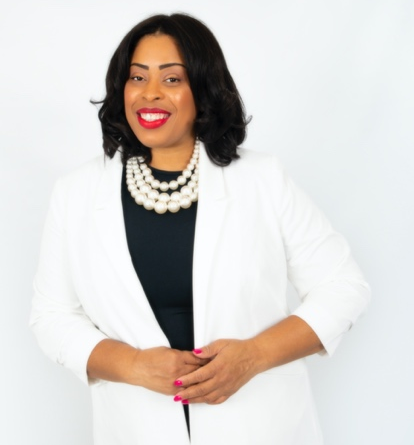 In honour of this year’s International Women’s Day, let us try to #BreaktheBias associated with women who are involuntarily childless.

According to the Oxford dictionary, barren means ‘not good enough for plants to grow on it’, referring to the state of land or soil.  The adjective is also used to describe a woman’s inability to bear children, a condition that comes with a stigma of being viewed as or feeling like not being good enough, which can induce guilt, shame, distress, anxiety, and reduced self-esteem. According to a report published in August 2019 by the Office for National Statistics, in England and Wales,  the number of women aged 45 and above who are childless has continually increased over the past 72 years  (Childbearing for women born in different years, England and Wales – Office for National Statistics, 2021).

The bible references that Sarah, the Shunamite Woman, and Elisabeth’s bareness was at the point of being beyond childbearing age.  Each woman demonstrated that they had dedicated their lives to a cause. Sarah was the supportive wife of Abraham, who meticulously followed God to start a new life in a foreign land. The Shunamite woman was described as a ‘great woman’, indicating that her business affairs were in order.  Elisabeth, was as faithful as her husband, Zachariah, who diligently served as a priest in the temple.  The social pressure on young families today can sometimes cause them to delay parenthood to a later stage when they feel more financially stable to avoid the struggles that the generations before them endured.

Now there are various avenues that we can review bareness. For example, married women who, for biological reasons, struggle to conceive, like the women mentioned above from the bible.  But there is an overlooked cohort of single women aged 40 and above. For these unmarried women, the option of childbearing is a non-existing discussion in the faith community. In their pursuit to walk in integrity, waiting to be ‘found’ (Proverbs 18:22), they are tormented by the elusive clock that ticks louder as they push towards their ‘best before’ date of age 45.    Whilst there are many discussions held in our churches on the desire for marriage because it is frowned upon for an unmarried woman to conceive, it appears that the social expectation is to accept their fate of voluntary bareness as they approach the age where they are no longer able to naturally bear children.

The bible demonstrates the mental anguish that Rebekah, Hannah, and Rachel experienced due to bareness and community bias.  Their struggle with the feeling of ‘not being good enough’ was so intense that it led their husbands to seek the Lord on their behalf. Yet, for unmarried women who are advised to ‘wait on the Lord’, with no prospect in sight as they enter the pre-menopause age, how do we encourage and support these women who are battling this feeling of ‘not being good enough’?

On Tuesday, 8th March 2022, let us #BreaktheBias on bareness by creating safe spaces for women to seek support for their emotional struggles with biological childlessness.   Let us pray for our unmarried women who are at the point of their ‘best before’ age and desire to start a family.  We want these women in our community to know and feel like they are good enough.

“Sing, barren woman who has never had a baby. Fill the air with song, you who’ve never experienced childbirth! You’re ending up with far more children than all those childbearing women. God says so!” – Isaiah 54:1 (MSG)