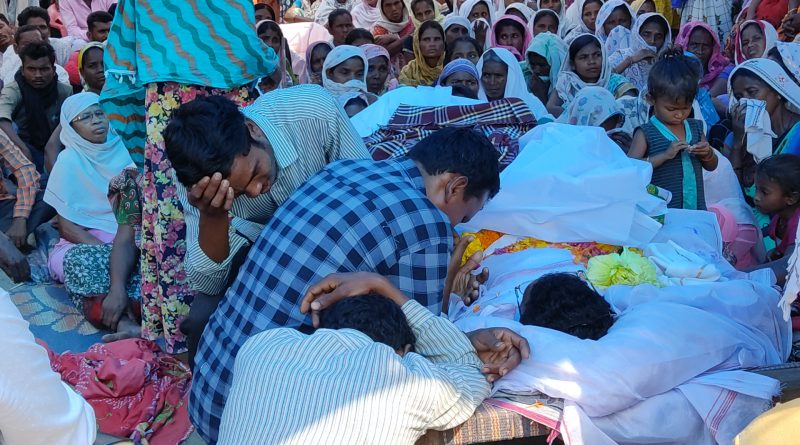 A group of Pastors in Chhattisgarh, India are terrified for their lives after the murder of a church leader, warns Christian charity Open Doors UK and Ireland.

It comes after Yalam Shankar, a pastor in his 50s from the Bijapur district of Chhattisgarh state, was dragged out of his house at night and stabbed to death on Thursday, March 17.

Now, 26 other pastors have been named on leaflets distributed across the area and threatened with ‘action’ if they continue to preach Christianity.

We do not know who exactly is behind the pastor’s killing, but Christian leaders living in these areas are terrified.

Just the other day another pastor was attacked.

The danger is imminent.

We are calling for an urgent day of prayer for the 26 pastors whose lives are being threatened.

All of us need to be on our knees for these pastors.

Christians in the area say that before Mr. Shankar was killed he was sent constant threats and told to stop preaching. According to Open Doors sources, people have been distributing warning leaflets around the area Mr. Shankar lived since January.

The leaflets, titled ‘Worship Tribal Gods and Goddesses, We Will Oppose Christian Religion’, state: “Bastar aboriginals, the original tribal inhabitants of this place have been worshipping water, forest land, and nature for years.

“To curtail this form of living the imperialistic Christian culture has been gaining popularity. We should oppose this.

“In Bijapur district, several people are leaving the tribal religion for the Christian Church. Church pastors leave your work, worship the cultural god and goddesses.

“These people should leave their mission-related to work, if they do not do so some action shall be taken on you, definitely.”

The letters are signed by a group of Naxalites called the Madded National Park Area Committee, but locals believe that local hardline Hindu nationalists in the community may also be involved in the violence.

A Christian leader from a nearby city said: “Christians in the area are so afraid as they have also received threats.

“However, they are still gathering for worship and are asking for prayer.

“They say – ‘it is difficult, but we know we will have to face these things, and we need to be ready for this. This is God’s work, and we will not deny him. Please pray for us that we do not get discouraged.’”

Director of Advocacy for Open Doors UK & Ireland Dr. David Landrum said: “Our hearts go out for the family of Yalam Shankar who was so brutally murdered.

“Not only have they lost him, but they have no recourse for justice. The police have taken absolutely no action against the perpetrators of this murder – nor have they acted against the threat to the other 26 pastors.

“Violence against Christians is still building in this area of India and without justice, there is only going to be more violence.

“The 26 pastors who are being targeted are living in fear of their lives – yet they still have the courage to continue to gather to pray and worship together.

“Violence against Christians is gaining momentum and shows no sign of abating under the leadership of the BJP.”

A strong anti-Christian sentiment in Central India rose to the surface last year, resulting in mass rallies against Christians in September and October. In Chhattisgarh, Madhya Pradesh, and Karnataka, Hindu nationalists turned out onto the streets protesting so-called ‘forced conversions’ and calling for pastors to stop preaching.

In September 2020 Hindu nationalists destroyed the roofs of 15 houses belonging to Christians in the Kondagaon district of Chhattisgarh, a community about 200km from where the murdered pastor lived in Anganpalli village.

Open Doors is hosting a day of prayer for the pastors on Friday, April 8.

India is ranked at number 10 on Open Door’s World Watch List, an annual ranking of the 50 countries where Christians face the most extreme persecution.