This month the charity Mary’s Meals is inviting individuals, churches and faith groups to pray for its work feeding hungry children in some of the world’s poorest countries and to ask for God’s continued blessing for its mission, as part of a new campaign called Pray In May.

Myanmar’s Christians have been telling Open Doors partners of how they are living in constant fear, following February’s coup.  With the internet shut down, communications from the country have been few and far between. However, Open Doors’

END_OF_DOCUMENT_TOKEN_TO_BE_REPLACED 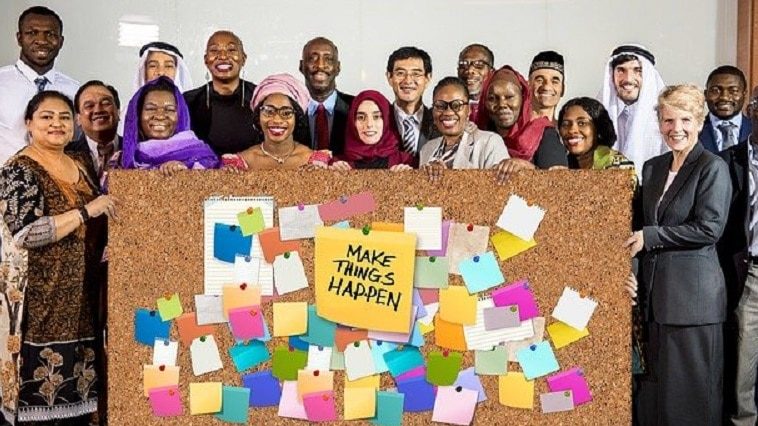 Twice as many professionals (64%) stated that they are aware of their employer’s diversity & inclusion initiatives, compared to 2019.

Over 70 children in one school in central Nigeria have lost a parent to religiously-motivated violence in the past twelve months.

The Christian charity Open Doors UK and Ireland and its partner organisation Article18 have jointly urged Iran not to imprison a 62-year-old man suffering from advanced Parkinson’s disease.

Since 2016, Christian Solidarity International (CSI) has been supporting endangered religious minorities in Sri Lanka through its local partners.

The aim of this write-up is not to catalogue the butcheries of this sect, but to ask the question any rational individual would ask: Why has the Nigerian government been unable to nip Boko Haram’s notorieties in the bud?

Campaigners are calling on the Government to adopt a Private Members Bill extending support for victims of modern slavery in the forthcoming Queens Speech.

An armed and hooded gang slashed four Christians in Venezuela with crosses and forced them to eat pages of the Bible.

Covid-19 is fuelling a growing, hidden, “shadow pandemic” of gender-based violence, abduction and trafficking, directed towards Christian women and girls around the world.

The World We Want (WWW), a purpose-driven global social impact enterprise launched to accelerate the achievement of the United Nations Sustainable
Development Goals.

This Lent, WaterAid is encouraging church congregations to raise money for those being impacted by climate change around the world by switching to more environmentally-friendly habits.

Aljazeera’s journalist, Mahmoud Hussein, was released two weeks ago in a move that had been completely unexpected – not because there was evidence for his incarceration – in fact, there was not even a shred of it nor was there a scintilla of proof to justify the harsh treatment he had received, but because he had been jailed cruelly and unjustly for years.