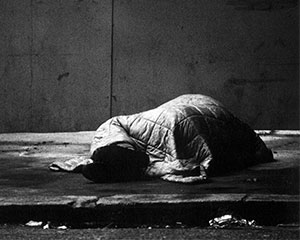 Dionne Gravesande explores the growing gulf between the world’s rich and poor people in this world, and argues that the Christian community must add its voice to the debate about this unjust disparity

Whether you read the Financial Times headlines or listen to the news, it is certainly true that the rich are getting richer, and the poor poorer.

Here are some alarming facts:

According to Credit Suisse, millionaires are experiencing even better times now than before the financial crisis of 2008. The gap between rich and poor on a global scale is widening. Surely this is morally unacceptable? Such behaviour speaks to a society, whose values demonstrate greed, self-indulgence and self-interest, all of which becomes a breeding ground for severe inequality.

Whether you believe in ‘trickle-down economics’, charity or government welfare, none seems to be working fast enough to close the gap.

So, what is poverty, and how should we describe and define it? Who is actually poor? There are a multitude of definitions of poverty but, basically, poverty can be defined as someone unable to access basic needs. How do we decide what a person needs to participate in the society in which they live in the 21st century? What is the minimum standard of living to which everyone should be entitled? These are questions Christians should debate in churches and beyond.  Christians believe each person is created in God’s image, each with worth, dignity and value, so we should be active participants not bystanders in this debate.

I sometimes wonder how good, intelligent, spiritual people can think that the enormous and growing gap between the rich and the poor is not evidence of an unjust social system. On a purely pragmatic level, I often wonder how people, who defend the current system and its results, can believe that it will not lead to social unrest. Consider the 2011London riots.  Unless something happens to redress or at least seriously improve the effects of poverty, violence and disruption will follow.

“The gap between rich and poor on a global scale is widening. Surely this is morally unacceptable?”

For example, I read a news report about a homeless man in New York, who ordered a sandwich, and dropped some coins on the counter saying that’s all he had. He walked out without paying the full amount he owed. A shop employee followed him outside and confronted him. What exactly happened is unclear; the employee tried to take the sandwich away. The man fought the employee for the sandwich and the employee suffered minor injuries. The police arrived, arrested the man with the sandwich; he was charged with assault and sentenced to three years in prison.  I certainly don’t know all the details, but I wonder what if the man was truly hungry?  Meanwhile, in another part of the same city, the media reports million dollar properties are built and purchased by rich tycoons. There is something blatantly unjust about a society that creates conditions where inequality is so visible, yet few voices speak out about it. We owe each other more, at least enough to be fed and sheltered.

Wealth does not drop from the sky. Wealth is generated by those who have the power to make wealth. God rarely gives people money directly. Rather, He gives people the power to create wealth for themselves (Deuteronomy 8:18). So, what might our role be in ensuring wealth is fairly distributed, and where can our churches speak out on such issues?

Concerns for justice – and especially for the poor and oppressed – are not just issues for politicians; they touch upon deeply-held biblical principles and truths. As Christians, we believe God has given a blueprint for healthy communities and, whether based in London, Nigeria, Jamaica or New York, the principles don’t change. If the global economic systems and structures don’t care about human life, Christian theology must. Christ spoke to a new paradigm, a society in which all people have an equal share; therefore, it is our mandate and obligation to be good neighbours and stewards of resources.

The Old Testament prophet, Amos, spoke much about these issues. Prophets were not merely people who foretold the future. They had an understanding of the past and the present, and also spoke out on matters of morality, including the way the rich abused and exploited the poor. Amos’ message to the rich was plain and firm:

“Take away from me the noise of your songs; to the melody of your harps I will not listen.
But let justice roll down like waters, And righteousness like an ever-flowing stream.”
(Amos 5:23-24)

So, before the Church breaks out into song, consider the apostle Luke’s words, speaking to the prevailing social values and behaviour. He tells his wealthier readers to treat beggars as they would their social equals – a message brought home in the Parable of the Great Banquet (Luke 14:15-24). Although Luke says that the poor can expect to be completely happy in the next world, he is adamant that it is incumbent upon Christians to begin putting right the position of the poor here and now.

The Easter story is simple and straightforward by Rev David Shosanya