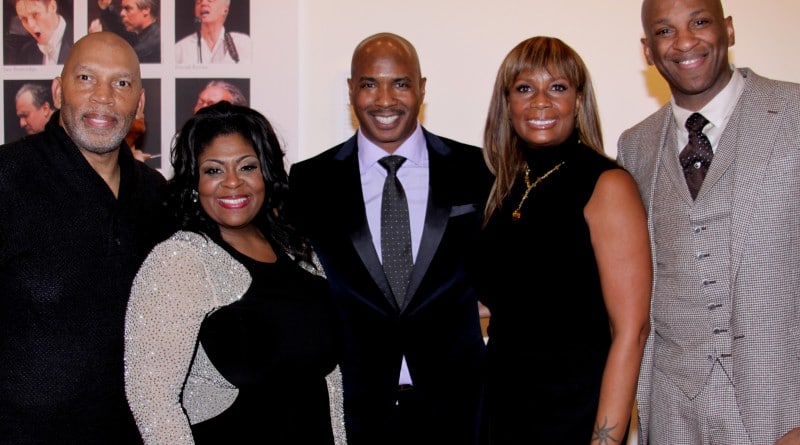 The Carnegie Hall “Sing Along” concert series was initially presented in the 60’s with music legend Peter “Pete” Seeger, an American folk singer and activist. The “Sing Along” platform was also used as a backdrop of the Civil Right Era and included songs in its concert that were dedicated to support the March on Washington and the Civil Rights Movement. This season, after several decades, Carnegie Hall landmark “Sing-Along” brand returns to the historic concert hall.

Under the music direction of Chew, who also served as host of the Carnegie “Gospel Sing Along” concert. “Gospel music is at the core of my musical heritage,” says Chew. “I am especially honored that I get to collaborate with some of the most iconic names in music and at the same time, have the opportunity to present music on the most historic concert stage in the world. It’s a blessing and a dream come true for both Vivian and I.”

A few days prior to the concert, McClurkin and Burrell returned from Lagos, Nigeria where they performed for over 700,000 people as part of the successful and sold-out “Festival of Praise” national and international gospel tour. “We were so happy they came back to do this event,” says Chew. “It was a calling.”

During one of the evening’s many highlights, Cissy Houston led McClurkin and Burrell on Adolphe Adam’s “O Holy Night.” Surprised by her appearance, the audience gave Houston a rousing standing ovation as they too celebrated her legacy and presence at the historic concert hall.

The music featured a diverse range of gospel and popular music standards including Hezekiah Walker’s “Every Praise,” and “Faithful Is our God;” Thomas Andrew Dorsey and Mary Garner’s “Walking Up The King’s Highway;” Burt Bacharach and Hal Davis’ “What the World Needs Now Is Love,” McClurkin’s “Stand,” and “I Call You Faithful,” and Chris Tomlin’s “We Fall Down;” Clara Ward’s “How I Got Over;” Williams Herbert Brewster’s “The Old Landmark;” Franz Xaver Gruber and Joseph Mohr’s “Silent Night;” Nickolas Ashford and Valerie Simpson’s “Reach Out and Touch (Somebody’s Hand);” and David Crawford’s “Mighty High.”

Chew is currently the music director for ABC-TV’s Dancing with the Stars and formerly the music director for FOX-TV’s American Idol. One of most sought-after music directors in entertainment, Chew’s work has paired him with who’s who of popular artists including Aretha Franklin, Quincy Jones, Rihanna, Carrie Underwood, Prince, Justin Bieber, Lenny Kravitz, Barry Manilow, Queen Latifah, James Taylor, Shirley Caesar, and Jennifer Hudson, just to name a few. Chew is best known for his work on Showtime at the Apollo and BET Network’s franchises Sunday Best, Celebration of Gospel, BET Honors and the BET Awards. Chew also served as music director for the 65th Primetime Emmy Awards, the 2015 Grammy Awards Premiere Ceremony, the Macy’s Thanksgiving Day Parade, the 44thAnnual NAACP Image Awards and the 2008 Democratic National Convention, among numerous others televised specials and high-profile events.

Chew’s wife, veteran entertainment executive, Vivian Scott Chew, also the founder of international marketing and promotion firm, TimeZone International and co-founder of Chew Entertainment was the lead producer for “Gospel Sing Along.” As partners, she is honored to work alongside her husband of 18 years. “We are truly blessed,” says Chew, “God has brought both Ray and I a mighty long way. The opportunities that He has entrusted us with and the many rewards we have received to bless other people is what continues to motivate and keep us going.” 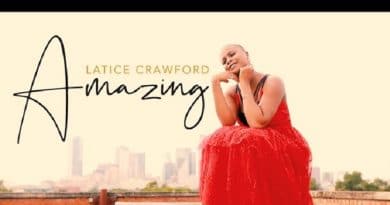 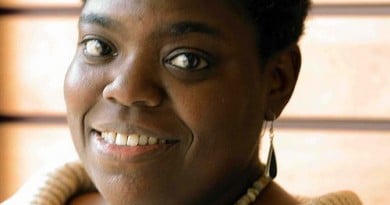