Juliet Fletcher states that the demise of choirs within the Church has not been a beneficial development, and makes a plea for more churches to establish good, dynamic choirs

Have you noticed the growth of community choirs, university choirs, workplace choirs, corporate choirs, school choirs? It’s seems as if you can find an explosion of gospel choirs everywhere – EXCEPT AT CHURCH!!!  How weird is that?!!!

OK, we have Ruach, New Wine and thank God for the Adventist choral tradition, where a church choir can still be found in the local branch. And that is my referral: ‘local church choir’. We see choirs at conventions, but why are local church choirs less visible?

The church choir is the true nurturing ground for everything to do with the authentic nature and purpose of making gospel music unto the Lord. Together, the musicians, the lead singers, the choir director and the choral ensemble formed and fused an intricate mix that affected the ability of each individual, while simultaneously creating a bigger, more powerful and potent base for all the configurations we are familiar with, eg. quartets, duos, bands, etc. The decline in choirs has affected both the numbers and the quality of vocalists and musicianship, and has compromised richness, depth and breadth of ability and, above all, the ‘authentic gospel feel’. Learning vocal and instrumental riffs is not enough.

Here are a few of the ACCEPTABLE and UNACCEPTABLE reasons I’ve heard for the decline of choirs:

Reason 1:  Praise and worship teams have replaced church choirs, because our churches are modern now.

My response: UNACCEPTABLE. Churches that have allowed choirs to disband for so-called ‘modernity’ have been given bad advice, and have destroyed the power found in choral praise enjoined with congregational singing. They have also lost a natural pathway for lay members to share their commitment to the local church and to express the Great Commission. Many of my peers can testify how their local choir positively impacted their lives and others in church.

Reason 2:  Choirs are for young people, but they’re not interested, and we are too old.

My response: UNACCEPTABLE. This reason, given as the key cause for the decline, is the one that makes my blood run cold. If we had kept going, while mentoring and grooming our young people to take over, the love and joy of the singing in church would’ve been maintained. In the US churches, we see all ages taking part in the choir stall.

Reason 3:  Over the years, pastors haven’t seemed to care either way.

My response: An ACCEPTABLE reason although, in my experience, not all pastors are happy about NOT having a choir in the house. Historically, choirs were a sign of church growth, and some may reluctantly admit that the traditional Black-Majority churches have experienced a general decline in church membership – hence the loss.

US Gospel’s legacy of church-based choirs is maintained by the pastors, who invest in the music of the church.  And, as the style and delivery of contemporary choirs have been influenced by other sub-genres and performance modes, one can still directly follow the breadcrumb trail and benefits right back to the Church!

Reason 4: We haven’t had big choir festivals, which might’ve reversed the situation.

My response: ACCEPTABLE. Indeed, I partly believe the growth of community, corporate and school choirs occurred because the voice of the church choir became ‘silent’. ‘But Jesus answered, “I tell you, if these become silent, the very stones will cry out!”’ (Luke 19:40). But the sound of ‘the rocks and stones’ certainly is not the same as that of ‘the children of Abraham’.

Noel Robinson, founder of Kingdom Worship Movement, is often cited as the person who first popularised praise and worship teams in our churches. He believes the church choir should be at the forefront of British Gospel, and a festival might be part of the solution.

Last year, the BBC staged the first ever BBC Songs of Praise Gospel Choir Of The Year. Mostly community choirs applied. Interestingly, four of the six finalists were led by respected church-based choir directors, and in those choirs there were mainly singers you would find in church. Sadly, only one was an actual church choir, but it does indicate that if our choir directors were properly supported, we would still have the legacy of ability to nurture church choirs.  It’s important that, when the competition returns this spring/summer, more choirs enter under a CHURCH DENOMINATION’s name. What a fantastic opportunity to put your local church on the map!

When choirs declined in the ’90s, the vacuum was filled by the sounds of rap, hip-hop, r‘n’b and praise and worship modes. Because ‘perception is king’, it was interpreted that this was ‘the authentic sound of gospel’. Every authentic, roots-based genre of music in the world has its ambassadors and systems that sustain them. If we are to save the authentic sound of our music, we must bring the legacy of our authentic church-based choirs to the fore. 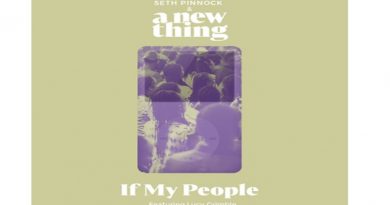