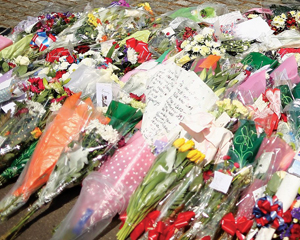 Rev David Shosanya examines the factors that may have contributed to the death of Drummer Lee Rigby, and says the Church must provide disenfranchised young people with tools that help them counter the negativity they experience.

Any commentary on the murder of Drummer Lee Rigby should appropriately be precipitated with a sense of condolences for the sad and tragic loss of a life and the pain of a family. I add my expression of sympathy to the many voices that have expressed deep regret at this unspeakable occurrence.

The motivation of his killers is complex and multifaceted. However, we have been given clues. In seeking to explain their actions, one of the attackers made reference to Allah; British soldiers in foreign lands, and a sense of solidarity with Islamic states that practise Sharia law.

Given these facts, it is reasonable to conclude that their actions were, at least partly, if not substantially, motivated by religious, socio-political and identity narratives. Acknowledging this is important, in that it offers an insight into the nature and character of the psychology that leads to such unspeakable acts.

Perhaps one of the most pressing questions is how we help young people to negotiate the intersection between faith, socio-political realities and personal experience. It is possible that the malaise that exists – and our ability or inability to empower young people to manage each of these independent and linked powerful motivators of human behaviour – may determine whether we see such an evil act of violence again.

Making sense of the presence of evil in the human experience is a subject that individuals have wrestled with since the beginning of time. Philosophers refer to the exploration of the problem of evil as ‘theodicy’. The argument goes something like this: if God is all-knowing, all-powerful and all-good, why is there evil in the world, and why doesn’t He prevent it from occurring? It’s an argument that seeks to set out the inherent logical contradiction in the assertion that God is all-knowing, all-powerful and all-good.

The argument can get technical, as one could imagine. The point here is not to rehearse arguments and counter-arguments, but to highlight that the reference to God, associated with this act of violence, can raise questions about the nature of God. I understand and appreciate that. However, the central assertion of the most powerful and coherent responses that I have read that seek to address the apparent contradiction of the existence of God centre around an understanding and appreciation of human free will. Accepting that all humans have free will means that we replace the question of whether God is all-knowing, all-powerful and all-good with a question about human beings, which goes something like this: ‘Why is it that individuals carry out such acts of atrocity?’

The question is important in that it reframes the debate away from being a discussion about the existence and nature of God, and correctly locates the enquiry between tensions about religious beliefs, worldviews and personal experiences, and asks interrogating questions about how human relationships are negotiated in contested spaces, particularly when an individual or group of individuals feel disenfranchised and structurally or socially marginalised in comparison to the other.

This approach may appear to pander to what some might consider to be the unfounded complaints or protestations of senseless extremists. However, it might equally be considered to be one of a number of ways to wrestle with the real-life circumstances that lead individuals to feel a sense of powerlessness. Such individuals may find themselves looking for enfranchising religious and political discourses that create a strong sense of identity. This may lead them to arrive at a place, where their lives – and those of others – are wilfully and senselessly sacrificed as a consequence of extreme beliefs and actions that find their genesis in social realities, which they might otherwise have been able to manage, had they been able to seek help to do so.

The easiest thing to do is to demonise the rhetoric and actions of the perpetrators of such acts, without asking ourselves whether it is possible to understand – not sympathise or condone – the social, psychological, emotional and religious impulses that bring an individual to a place where it is thought to be rational, even righteous according to a prescribed religious code, to cold-bloodedly take the life of another human being.

We will do well to remember that extremist rhetoric provides disenfranchised individuals and communities with what appears – to them – to be a coherent narrative, which simultaneously allows them to embrace, retain and promote a religious worldview that legitimises acts of violence and inspires racial hatred.

Whether we like it or not, the brutal murder of Drummer Lee Rigby has redrawn the fault lines of race relations in the UK. The forward trajectory is frightening! Normally repressed and censored points of views and emotions – about who does or does not belong, or who is or is not an integral part of British society – are re-emerging in unhealthy and unhelpful ways. In a very real way, the feelings of many individuals, who would identify themselves as British or English, mirror the same or similar sentiments as those prone to religious and political extremism; while they may not be motivated by formal religion, there is often a civic expression of religion that informs their rhetoric. Similarly, their analysis of social realities as they view them often impinges negatively on their sense of national and personal identity.

Lastly, it is worth noting that Lee Rigby’s attackers were once adherents of the Christian faith! This raises serious concerns about whether or not some Black young people are increasingly viewing the Christian Gospel as incapable of providing a coherent narrative that adequately equips them to navigate daily experiences. We must rise to the challenge of providing young people with the practical tools needed to synchronise every aspect of their lives – NOW!

Thanks be to God by Rev Stephen Brooks 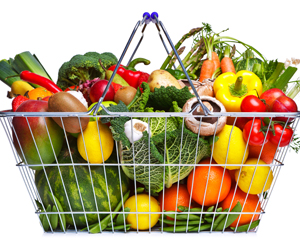 To live an abundantly healthy life