“Hitherto has the Lord helped us”

The impact of diaspora churches from Africa, the Caribbean, Asia, and Latin America on the religious landscape of the United Kingdom and into all levels of society has been astonishing. Contributing to this phenomenon is the New Testament Assembly, the church where I currently serve as its national leader. The NTA was established in Jamaica, West Indies, in 1954. The church, which had its roots in the USA, was birthed out of resistance and in protest to the unacceptable racial inequalities and injustice that existed at that time.

Among the founders of NTA were my late father, Melvin L Powell, and his close friend, Bishop Donald E Bernard. The two men in their twenties formed what was to become an enduring partnership. They travelled to England in 1961, and planted the NTA on British soil in the same year. The many challenges that West Indians faced when they came to Britain are well documented and widely available in many publications, books and film documentaries. My father often recalled stories about the harsh treatment, being turned away from places of worship or denied the use of premises, that he and other Caribbean migrants experienced. They were seen as second-class believers and not welcomed. Despite all this, he and his compatriots showed great resilience and, by God’s grace, persevered.

From its humble beginnings, in the living room of the late Reverend Alfred Doyley (and his wife Kathrine) in Balham, South London, the NTA has grown into a global organisation, with churches and ministries across four continents. As well as being known for its vibrant worship and Christian witness, the NTA has a long and recognised history of community engagement and Christian social action. This includes the Tooting Neighbourhood Centre, its Home Care, and other activities for which my late mother, Rev Amy Rose Powell, was awarded an MBE. The Ethnicity and Mental Health Improvement Project, prison support, homeless food programmes and more are all a part of this rich legacy.

The NTA is also home to pioneering women leaders like my aunt, the late Rev Dr. Io Smith MBE; Bishop Esme Beswick MBE, and Rev Nezlin Sterling, who will be remembered for their indispensable contribution to the innovative role the NTA played in intercultural ecumenism, and the high regard in which it is held  in mainstream denominations.

Leadership succession within church organisations can be a vexing issue, but not for the pioneers of the NTA, who wisely discerned whenever transition was needed and acted accordingly. The mantle of leadership subsequently fell on the shoulders of the late Bishop David W Greaves, my predecessor who, as with King David, with skillful hands and integrity of heart presided over the organisation from 1999 to 2013.

Over the years, the NTA has planted 14 churches across London and the Midlands, and in some instances, other independent churches joined the group. Several properties were purchased to facilitate the growth of the organisation, most of which are now mortgage-free, serving both as a house of worship and used by the community.

Aspects of the journey and achievements of the NTA are documented in the book, ‘Froman Acorn to an Oak Tree’ and ‘The Ebony Cross’, authored by Rev Dr Smith. Some specifics worthy of mention here are:

We recognise that the NTA is one of several UK churches of Caribbean heritage, who are celebrating their 60th Diamond Anniversary. Sadly, the story of the NTA and its achievements is not the same for many of the churches which emerged around the same time and thrived throughout the sixties and seventies. Not all survived the journey, and among the remaining churches from the West Indian Diaspora, the question of what the future might look like for these more traditional denominations demands serious and critical reflection.

We are worlds apart from 1961, and so much of church and society – as we have known it –  has disappeared. Whether for good or bad is a matter of debate. These are unprecedented times, and the NTA – as with all institutions – needs to re-examine and repurpose itself in the new normal. The disruption and accelerated changes brought about by the COVID pandemic provides an opportunity to reset some things, discard others, and breathe fresh life into what it means to be ecclesia: to boldly witness to a broken humanity the unfolding revelation of God’s Kingdom of love in the here and now.

On the occasion of its 60th Anniversary, the NTA stands at a critical moment, on the crest of a wave that began on a ‘little rock’ in the Caribbean, poised to take more territories and to continue building an enduring legacy for generations to come. 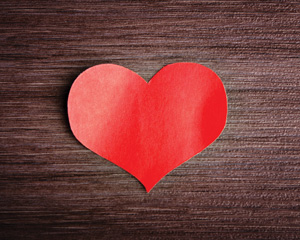 How to be an intentional father by Pastor Peter Nembhard